In a boost to its kids programming having lost linear access to Disney content, and in a sign of the benefit of their common Comcast ownership, Sky and NBCUniversal Global Distribution have agreed a long-term partnership to bring Sky customers hundreds of hours of animated series featuring celebrated characters from DreamWorks Animation.

The deal includes access to new spin-off series from hit film franchises such as How to Train Your Dragon, Trolls and Madagascar.

Sky and NOW TV customers in the UK and Ireland will have exclusive access to the premieres of Madagascar: A Little Wild, TrollsTopia and Dragons Rescue Riders: Heroes of the Sky. Customers can also look forward to the return of All Hail King Julien, Home Adventures with Tip & Oh and Dawn of the Croods.

These new stories featuring iconic characters from DreamWorks will be available weekends on Sky One at no extra cost, on demand via the Sky Kids Pack and through the Sky Kids App, and on NOW TV Kids Pass from late October. 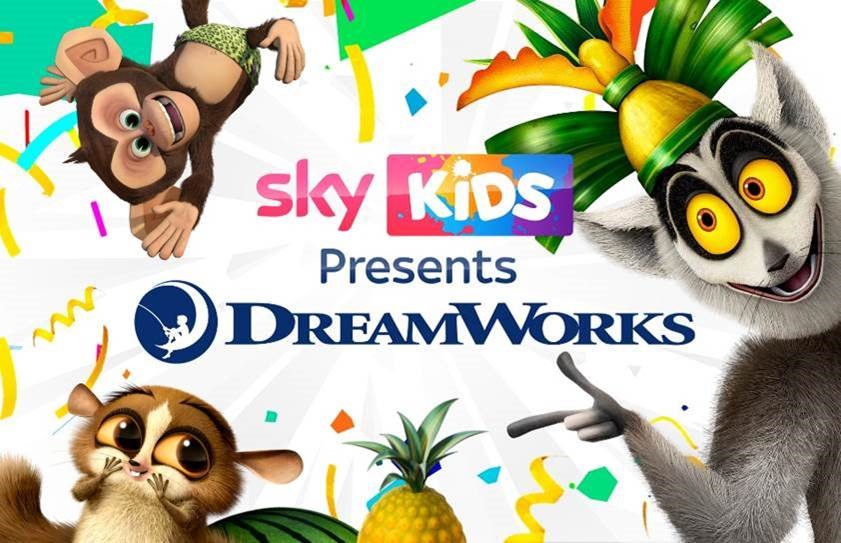 “Our new partnership with NBCUniversal brings an impressive range of family favourites from DreamWorks Animation to Sky and NOW TV customers,” commented Stephen van Rooyen, EVP & CEO UK & Europe Sky. “Adding DreamWorks’ loveable stories of dreams, journeys and heroes alongside our originals and our partner content means customers can access the content they love, all in one place – easy.”

“Families are spending more time at home than ever before – as kids and adults alike love DreamWorks characters, hopefully this will help them enjoy more moments together.”

“We are delighted to expand upon our long-standing relationship with Sky and NOW TV through this new deal that brings a vibrant, compelling slate of animated TV series to bolster the Sky Kids platforms,” added Belinda Menendez, President & CRO, Global Distribution and International, NBCUniversal. “DreamWorks Animation has an outstanding pedigree in the realm of kids content and we look forward to partnering with Sky to bring these beloved characters and stories to homes across the UK and Ireland for families to enjoy.”

Sky already has over 5,000 episodes of on demand content from partners Viacom and Turner, and a host of Sky Kids Originals such as Moominvalley and Morph. Kids can watch favourites such as Peppa Pig, Paw Patrol, SpongeBob Squarepants, the Amazing World of Gumball, Lego content and now exclusive shows featuring DreamWorks’ unconventional heroes, all in one place. This is complemented by sitting alongside the apps – such as Disney+ and Netflix – on Sky Q.