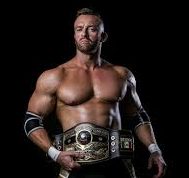 FITE, the global digital platform for sports and entertainment, has announced that the National Wrestling Alliance (NWA) will return on March 21st with a live pay-per-view event, the first since promotion since went on hiatus due to the global pandemic early last year.

Following the Back For The Attack PPV, the NWA will resume a full schedule of NWA Powerrr events on Tuesdays beginning on March 23rd, available via a subscription bundle.

NWA World’s Heavyweight Champion Nick Aldis commented: ‘”I’m incredibly proud of this new deal between the NWA and FITE; from the beginning of the Lightning One era of the NWA, FITE have been great pay-per-view partners for the NWA and with the incredible growth that they have experienced in the last couple of years it’s very exciting to enter into a streaming agreement with FITE for our flagship show NWA Powerrr. Streaming is the future and we’re proud to be with a leader in the field for sports entertainment.”

Corgan commented: “For so many, this last year or so has been challenging on just about every level imaginable, and what’s been difficult is that we haven’t been able to help as we’d like: by entertaining and putting on the best show possible for our great NWA fans. And so in that we can’t thank FITE enough for becoming our exclusive broadcast partner going forward, and affording us this great opportunity to bring back Powerrr as well as regularly scheduled PPVs.”