The broadcast deal means audiences in South Africa can watch Extreme E’s race coverage as well as its behind-the-scenes magazine show and documentaries – Climate Changers, How to Build a Race Car and Best of Extreme E – all free to air. In addition, series coverage will be accessible on SABC’s digitals platforms SABC Sport Portal, Telkom One OTT Platform and OpenView.

Like many places in the world, South Africa deals with a host of environmental challenges. Climatically sensitive, the region already suffers from severe air pollution – 77 per cent of the energy produced in the country is from coals – which in turn has led to dramatic deforestation on a scale equal to 20 football pitches being lost every minute.

Ali Russell, Chief Marketing Officer at Extreme E, said: “The impacts of climate change can be devastating, and nowhere is that clearer than in this region, where increasing deforestation and heavy use of fossil fuels is threatening an already fragile environment. Today’s agreement with SABC will allow Extreme E to reach a huge South African audience with our sport for purpose series. Our championship is so much more than just exciting electric racing, it’s the opportunity to raise awareness of climate change and highlight ways that we can call live a less carbon-intensive lifestyle to protect our planet.” 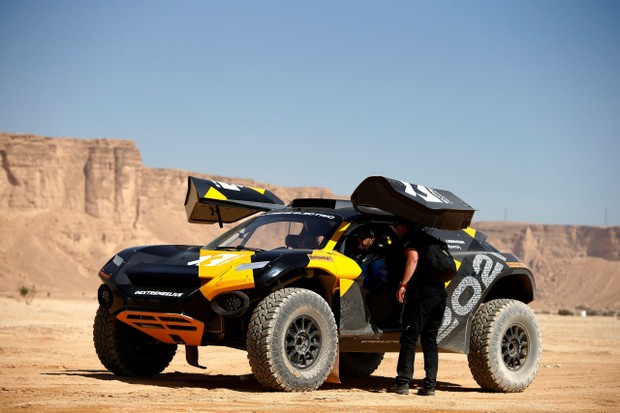 Gary Rathbone, Head of SABC Sport, added: “I believe the future of motorsport starts here with Extreme E, and SABC Sport is absolutely thrilled that we will be able to deliver this great new concept to our viewers on our channels. The fact that its’ focus goes way behind merely racing but delves deep into issues around the environment and the future of our planet’s ecology makes Extreme E vital viewing in more ways than one.”