IMPACT Wrestling has announced a partnership with global sports network Extreme, establishing the channel as the official Russian-language home for the promotion’s weekly flagship series IMPACT!

The agreement marks the first time ever that IMPACT! will be available in the Russian language on broadcast television every week, and also features four major quarterly pay-per-view events including the iconic Bound For Glory pay-per-view on October 23rd.

Viewers throughout Russia and the Commonwealth of Independent States (CIS) can enjoy IMPACT’s content from October 15th. 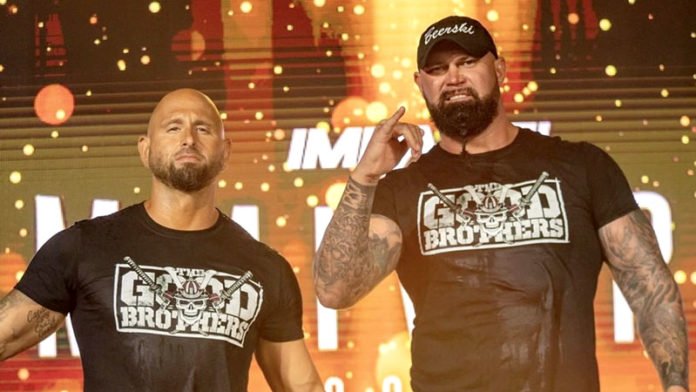 Extreme is an extreme sports channel, delivering a diverse blend of extreme sports coverage to viewers around the world—airing 24 hours a day, seven days a week. The channel is currently available on satellite and cable platforms across Russia, Europe, the Middle East, Africa and the US,

“For many years now, IMPACT has enjoyed a large and passionate fanbase in Russia,” said Jaime Pollack, Chief Revenue Officer, Sports Media Group, which includes IMPACT Wrestling. “This landmark agreement with Extreme enables us to bring these dedicated wrestling enthusiasts our flagship IMPACT! series in Russian for the first time ever on weekly broadcast television, as well as four of our top pay-per-view events including the highly anticipated presentation of Bound For Glory. We are proud to partner with Extreme to make them the official Russian-language home of IMPACT Wrestling, and we look forward to sharing IMPACT!’s unparalleled programming with even more viewers around the world.”

“This partnership is a strong continuation of Extreme’s ongoing programming development strategy in Russia and the CIS,” added William Lee, CEO, Extreme Channel Limited. “We could not be happier to join forces with IMPACT Wrestling, and are excited for the opportunity to provide IMPACT! content in the Russian language to viewers throughout these territories. IMPACT!’s signature brand of high-octane action is the perfect complement to our programming lineup, and we are confident that our audience will enjoy all the hard-hitting matches, gripping stories and larger-than-life personalities that only IMPACT! can provide.”