In collaboration with Blockchain Creative Labs, WWE will create authentic NFTs that celebrate the company’s catalogue of digital assets, including its most iconic moments, past and present WWE Superstars and premier events, such as WrestleMania and SummerSlam. Powered by Eluvio’s blockchain technology, the marketplace will serve as a hub for consumers to purchase, trade, sell and store digital tokens that will be authenticated through Eluvio’s blockchain and will be interoperable across Ethereum and other blockchains.

The marketplace’s name and launch date will be revealed in the coming weeks. 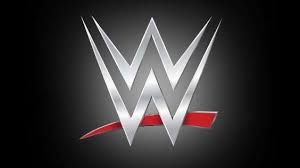 “Blockchain Creative Labs has quickly become a leader in the space with an incredible executive team that truly understands the NFT arena and its tremendous potential,” said Scott Zanghellini, WWE Senior Vice President, Revenue Strategy & Development. “This new partnership allows us to deepen our relationship with FOX, as we continue to explore new and creative ways to engage our passionate fanbase.”

“Blockchain Creative Labs is excited to partner with WWE in launching its official NFT ecosystem. We know WWE’s passionate fan community will love owning authentic digital goods across the organisation’s creative universe — from past and present stars to classic, culture-defining moments,” added Scott Greenberg, CEO of Blockchain Creative Labs and Co-Founder/CEO of Bento Box Entertainment.  “Our NFT studio is all about enabling fans to own NFTs and tokens that carry utility and social clout directly from the creators and brands they are passionate about, spanning animation, sports, shows and movies to music, books, art, pop culture and every other Web3-powered media asset you can possibly imagine.”

To participate in the WWE NFT marketplace, fans create a secure WWE digital wallet through Eluvio that acts as a vault and enables consumers to purchase collectibles using traditional currency or cryptocurrency.

The announcement represents the second partnership between WWE and FOX.  In October 2019, FOX Sports began to broadcast Friday Night SmackDown, which airs 52 weeks a year. In the UK, the show airs live on BT Sport.