To mark the Lunar New Year, Netflix has curated a list of films and series for the watch parties during this season. Available in Hong Kong, Malaysia, Singapore, Taiwan and Vietnam, Netflix’s Lunar New Year Collection spans comedy, drama, romance and action.

The collection is divided into eight aptly-named categories to celebrate the Year of the Tiger.

For example, viewers can head over to ‘Crouching Tiger Hidden Gems’ for The Falls, Taiwan’s Oscar entry that portrays the strained relationship between a mother and daughter during quarantine. Or subscriners can get a dose of forbidden love with fantasy drama Once Upon A Time under ‘The Purrfect Lunar Love Stories’. 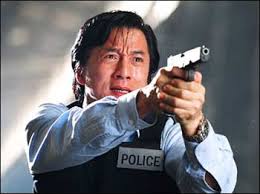 Subscribers can look in ‘Kung Fu HǓstle’ for action heroes such as Donnie Yen starring as legendary martial arts grandmaster Ip Man, or Jackie Chan in the Police Story franchise (pictured). ‘Humorous Hits’ is the category for comedies like God of Gamblers 2, which sees Andy Lau and Stephen Chow team up against high-rolling gangsters.

Kids get a ‘To Watch with the Cubs’ category which features an adventure with a teenager looking for a childhood friend in a Wish Dragon, and those planning to stay home can explore ‘Catch Up Over the Lunar New Year’ for series such as murder mystery Light the Night, which follows the lives of nightclub hostesses.