BBC Three has commissioned a new documentary with unique access to British strongman, Eddie ‘The Beast’ Hall, and his journey to a climactic showdown with his arch-rival Thor Bjornsson, in what was dubbed ‘The Heaviest Boxing Match in History.’

Hall and Bjornsson used to be friends as they competed on the Strongman circuit. That changed in 2017 when Hafthor contested Hall’s World’s Strongest Man victory and their vicious conflict played out on social media.

With access to Hall and his close family and friends, the film will tellsthe story of a young man who struggled with mental health issues and found that extreme forms of exercise was his way of dealing with it. It will also explore what happens when you dedicate your life to a single cause and the effect that has on you and those closest to you.

The film is being directed by Olivia Isaacs as part of the BBC’s New Documentary Directors initiative which supports new directing talent to make their first film, housed with an independent production company. Isaacs has been working with Mindhouse Productions where the Executive Producers are Barnaby Coughlin and Louis Theroux. 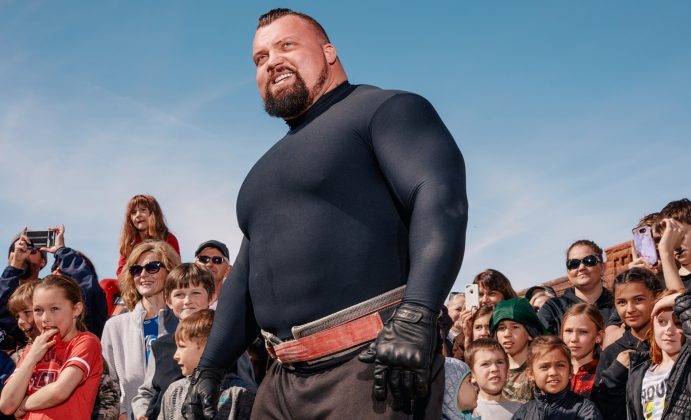 Nancy Strang, Creative Director of Development, said: “It’s been a real privilege to be welcomed into Eddie’s life at this remarkable moment in his career and the journey to his historic showdown with Thor. Along with following his gruelling transformation from Strongman to Boxer our team have been given access to Eddie’s life at home, and to his family and loved ones, giving us a candid and fascinating insight into his personal life and the man behind the muscle. It’s a side of Eddie I don’t think many people will have seen before.”

Hall: The Beast and the Mountain (working title) 1×60 was commissioned for BBC Three and BBC iPlayer by Fiona Campbell, Controller, BBC Three and Clare Sillery, Head of Commissioning, Documentaries.