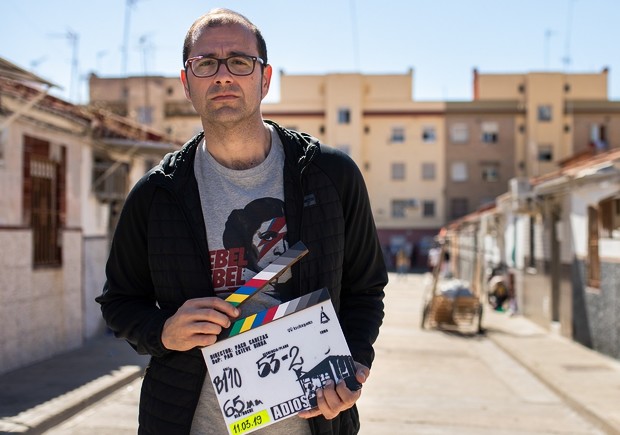 Cabezas has worked in both Spain and the US over the past ten years in multiple movies and TV series, such as “Mr. Right” (With Sam Rockwell and Anna Kendrick), the closing night film of the Toronto Film Festival. Cabezas will create, direct and produce exclusive non-English speaking projects outside of the United States for Paramount, such as “The Gypsy Bride”, the successful novel written by Carmen Mola, already in production with the participation of Atresmedia Televisión and in collaboration with Diagonal TV (Banijay Iberia).

“We are thrilled with this alliance with Paco Cabezas, one of the most prestigious and international Spanish directors. This agreement opens new opportunities by combining Cabezas’ extraordinary creativity with the global outreach of VIS, content creator for the Paramount brands.”, said Laura Abril, Senior VP and Head of VIS EMEA and Asia.

“The most important thing for me as an artist and storyteller it´s creative freedom, that´s what really makes a Tv show special, taking the risk of creating a world that audiences have never seen before. And VIS and Paramount have become the perfect partner, in a hopefully, long alliance”, said Cabezas.

This agreement in one of many that Paramount Studios has been working and closing as part of the constant strategy that VIS is developing alongside various talents such as Juan José Campanella, Santiago Segura, Frida Torresblanco, Marc Anthony, Diego Boneta, Manolo Cardona and Luis Gerardo Méndez; as well as prestigious international production companies such as Gaumont, El Deseo, Cattleya, 100 Bares Productions, 11:11 Films & TV e Indigo, among many others.

Internationally acclaimed for his long career as screenwriter, director and producer in both movies and television shows such as Aparecidos, Neon Flesh, Mr. Right, Into the Badlands, and Penny Dreadful: City of Angels, Paco Cabezas is without a doubt one of the most interesting creators from Spain, firmly matching his creative profile with VIS content quality production. Cabezas is represented by Jackoway Austen, CAA, and Echo Lake Entertainment.