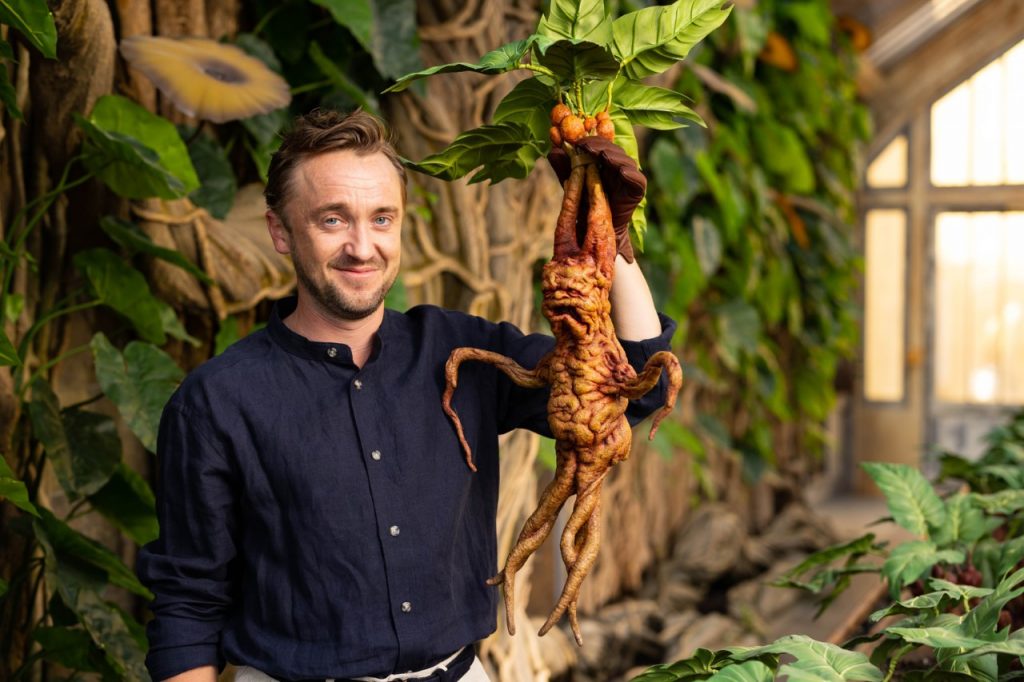 Tom Felton, who portrayed Draco Malfoy in the Harry Potter film series, visited the set ahead of it opening, which is brand new for summer 2022.

Based on the scene in Harry Potter and the Chamber of Secrets, visitors will recognise the Venomous Tentacula hanging from the ceiling as they walk through the greenhouse. During filming, various techniques were used to achieve the movement of the magical plants. The sinuous grasping movement of the Tentacula’s tendrils was computer-generated, however, the movement of the Mandrakes was achieved using animatronic controllers hidden beneath the table.

The greenhouse is a permanent addition to the Studio Tour and will open as part of a brand-new feature, Mandrakes and Magical Creatures, which will run from July 1st – September 12th 2022. As part of the feature, visitors will be welcomed into the Great Hall to the Frog Choir scene as seen in Harry Potter and the Prisoner of Azkaban, featuring the costume of conductor of the choir, Professor Flitwick, as worn by Warwick Davis.

In addition to the addition of Professor Sprout’s greenhouse, Warner Bros Studio Tour London will be expanding the exterior sets in their backlot with additional permanent additions including the fountain from the Hogwarts courtyard and a 1:3 scale-version of the Weasleys’ Burrow.