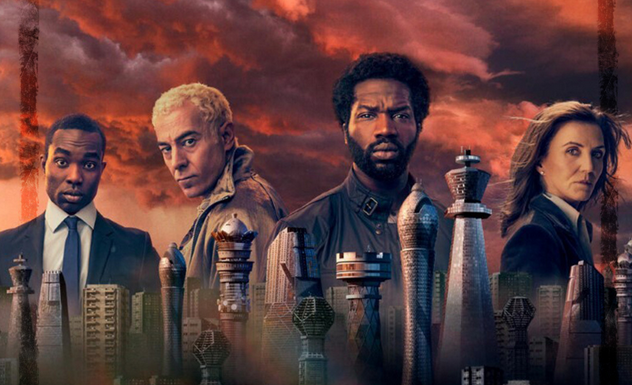 Inside Gangs of London: The Official Podcast launches today (October 17th), ahead of the return of the award-winning Sky Original drama on Sky Atlantic on October 20th, becoming one of Sky’s first major companion podcasts for an original drama.

Inside Gangs of London will serve as an essential companion to the main series, offering an exclusive insight from the makers of the series, with behind-the-scenes revelations, forensic deep dives into the production itself, and inside stories from the people who are part of making it all happen.

All episodes will be hosted by director and executive producer, Corin Hardy. Guests on the show will include voices from behind and in front of the camera, looking back to season one and ahead to season two, offering listeners an unprecedented level of access to the world of Gangs of London.

Inside Gangs of London is an Industria Studios production for AMC Networks, Pulse Films, SISTER and Sky Studios. Following the debut episode, four subsequent episodes will be released daily on October 20th, 21st, 22nd and 23rd.  The podcast will be available on all major podcast providers.