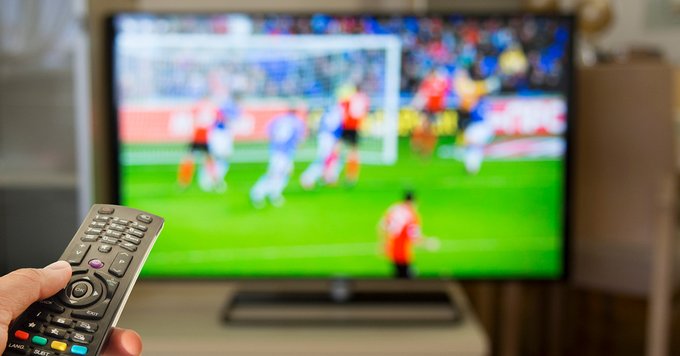 With the FIFA World Cup in Qatar well under way, research from broadcaster regulator Ofcom reveals the different ways UK followers plan to view the action.

“Things have come a long way since the first football World Cup in 1930, and since the first televised World Cup in 1954,” notes Ofcom. “While the previous tournament brought in an estimated total audience of more than 3.5 billion people, for this year’s tournament fans have the opportunity to follow live coverage and highlights via a range of media, from radio and TV (at home or in the pub) to following on social media and streaming on their smartphones.”

To find out how fans are planning to view this year’s World Cup, Ofcom asked more than 2,000 people about how – or indeed whether – they intended to watch.

Nearly half (44 per cent) of these told us that they’d be watching some, or all, of the matches. However, a slightly higher proportion (46 per cent) said they wouldn’t be following the tournament at all. Eight per cent said they didn’t know if they would be watching or listening.

Of those who do plan to watch or listen to the World Cup, more than three-quarters (78 per cent) said they plan to follow whole games. And more than two-thirds (69 per cent) said they’d be doing so on TV. In fact, TV is still the first-choice device for all groups, with almost half overall saying they will only watch the tournament on TV and no other device.

However, there was a difference in age groups when it comes to sitting in front of the telly – only half (51 per cent) of young people aged 18 to 24 said they’d watch whole games live on TV, compared to three quarters (76 per cent) of the older group of respondents aged 55 or older.

Twice as many younger respondents (18 to 24) as older respondents (55+) said they’ll keep up via updates on social media – 28 per cent versus 14 per cent. And almost three times as many younger people said they would be watching whole matches in public spaces such as pubs and big screens – 38 per cent, compared to just 13 per cent of those aged 55+ who told us they planned to do this.

When it comes to listening on the radio, more people aged 25 to 34 than those aged 55+ said they’d be tuning in – 17 per cent versus 11 per cent respectively.

When it comes to which specific media and devices people plan to use, there was more of a clear age divide. For example, less than half (49 per cent) of 18- to 24-year-olds said they’d watch the tournament on TV, compared to 89 per cent of over-55s.

And conversely, more than twice as many of this younger age group said they’d be using a laptop or tablet – 29 per cent compared to 14 per cent of over-55s. There was also a difference in age groups for those who plan to keep up using their smartphone to watch games, with more than three times as many younger people than older people saying they’d be doing this – 34 per cent versus 10 per cent.

And when asked about online and social media sources for keeping up with the tournament, again there was a clear age divide.

And there was also an age divide in plans to use social media during the tournament, with more than twice as many younger people than older people saying they will be using social channels at the same time they’re watching the live action on TV – 42 per cent compared to 16 per cent.

While the viewing – and listening – landscape has shifted significantly over the years, Ofcom says its findings show that many fans are making the most of the varied ways in which they can keep up with the world’s biggest sports competition.