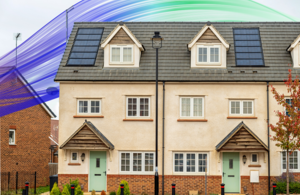 New homes in England will be built with gigabit broadband connections and telecoms firms will be able to get faster broadband to nine million people living in blocks of flats across the UK, thanks to new laws the government has brought into force.

Ministers have amended the Building Regulations 2010 to ensure that new homes constructed in England will be fitted with infrastructure and connections capable of delivering gigabit broadband – the fastest internet speeds on the market.

Gigabit broadband is now available in over 72 per cent of the UK and is already boosting boost productivity for millions working at home through lightning fast download speeds, as well as enabling entire families to stream movies, TV and video games in high quality 4K and 8K definition onto multiple devices at the same time with no slowdowns in speed.

The updated regulations mean that more people moving into new homes will have a gigabit-capable broadband connection ready when construction is completed, avoiding the need for costly and disruptive installation work after the home is built and enabling residents to arrange the best possible internet service at the point they move in.

In a further boost to people’s access to better broadband, another new law has made it easier to install faster internet connections in blocks of flats when landlords repeatedly ignore requests for access from broadband firms.

The Telecommunications Infrastructure (Leasehold Property) Act (TILPA), now in force in England and Wales, makes it easier for broadband providers to gain access to install equipment in blocks of flats, when a faster connection is requested by a tenant. It is estimated that an extra 2,100 residential buildings a year will be connected as a result.

“Nothing should stop people from seizing the benefits of better broadband, whether it is an unresponsive landlord or a property developer’s failure to act,” asserted Julia Lopez, Digital Infrastructure Minister said. “Thanks to our new laws, millions of renters will no longer be prevented from getting a broadband upgrade due to the silence of their landlord, and those moving into newly built homes can be confident they’ll have access to the fastest speeds available from the day they move in.”

Driven by government policy, the market has made significant strides to ensure availability of gigabit connectivity in new homes – but thousands of homes each year do not get access.

Data referenced in the government’s technical consultation suggested that approximately 12 per cent, around 25,300 homes, still did not have access to a full fibre connection upon construction in a typical year.

The updated building rules mean home developers will be legally required to future-proof new homes in England for next-generation gigabit broadband as standard practice during construction.

Connection costs will be capped at £2,000 (€2,261) per home for developers and they will work together with network operators to connect developments to the gigabit network. It is estimated over 98 per cent of premises fall within this cap, meaning moving into a new build property without lightning-fast internet speeds will become a thing of the past for the vast majority of people across England.

Where a developer is unable to secure a gigabit-capable connection within the cost cap, developers must install the next fastest connection available.

And even where a gigabit-capable connection is not available within the cost cap, gigabit-ready infrastructure, such as ducts, chambers and termination points, still needs to be installed. This will ensure that homes are fit for the digital age but may not be connected straight away.

Previously, tenants living in the UK’s estimated 480,000 blocks of flats and apartments (also known as multi-dwelling units, or MDUs) would usually have had to wait for a landlord’s permission to have a broadband operator enter their building to install a faster connection. These access rights are essential for the delivery of broadband upgrades as operators are unable to deploy their services without first obtaining permission, either from the landowner or a court, to install their equipment.

Broadband companies have said around 40 per cent of their requests for access to install connections receive no response, which means they may lose out on the revolutionary benefits of faster speeds.

Now, providers in England and Wales will be able to seek rights to access a property or shared land if the person required to grant access is unresponsive. The law does this by creating a new route through the courts that operators can use to access blocks of flats and apartments.

It will prevent situations where a tenant is unable to receive a service simply due to the silence of a landlord. From the point where a company makes the first request to the landlord, it will take 35 days for this new rule to kick in.