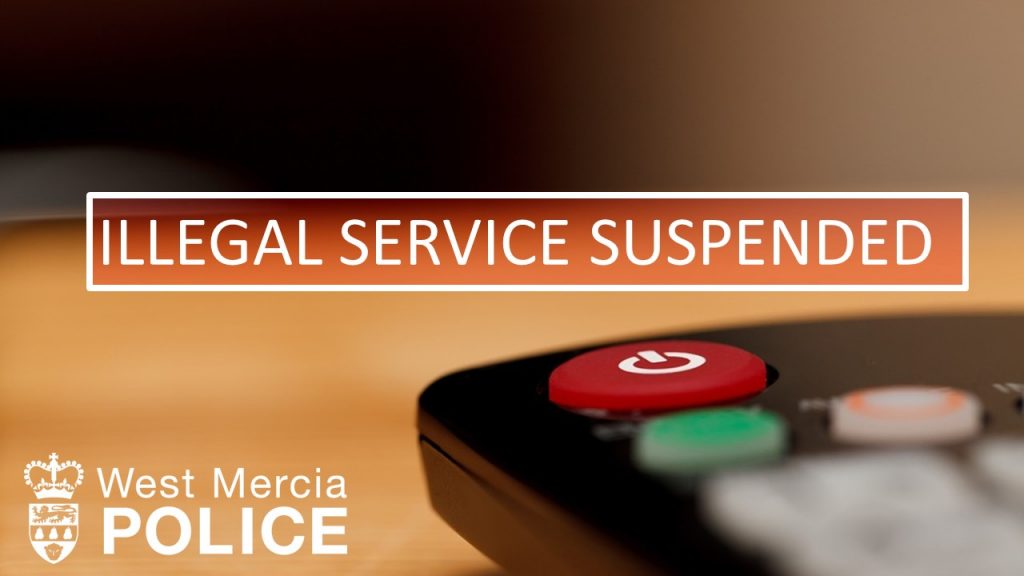 Throughout January 2023, UK intellectual property protection organisation FACT and police are visiting homes across the UK, serving notices to individuals to cease illegal streaming activities with immediate effect and informing users of the associated risks, which include criminal prosecution.

Over 1,000 individuals have been identified following raids by West Mercia Police in the UK midlands against a UK-based illegal streaming service that was supplying entertainment and sports content via modified boxes, firesticks, and subscriptions.

While criminal prosecution is pending against the operator of the illegal service, police are also reminding consumers that using illegal streaming services is not just a crime but one that is treated extremely seriously by the courts. In 2021, two individuals, Paul Faulkner and Stephen Millington were sentenced to a total of 16 months in prison for watching unauthorised streams.

Users are also being advised of the many other risks associated with illegal streaming, including funding criminal organisations and exposing themselves to fraud, scams, inappropriate content, viruses, and malware.

Recent research, which analysed 50 popular illegal streaming sites, found that all contained malicious content, while over 40 per cent of them did not have a security certificate. Fifty per cent of people who illegally stream in the UK say they or someone they know have been a victim of scams, ID theft, fraud or data loss as a result, and 41 per cent have been exposed to inappropriate content.

“We would like to thank the Government Agency Intelligence Network (GAIN), the Police Intellectual Property Crime Unit (PIPCU), West Mercia Police, and other police forces across the country, for their support to help ensure that the public are made aware of the dangers of using illegal streaming services and, more importantly, that they understand that there is the risk of criminal prosecution,” commented Kieron Sharp, FACT Chief Executive.

West Mercia Police (Specialist Operations – Cyber Crime) Detective Inspector, Matt McNellis added: “West Mercia Police worked in partnership with FACT and other agencies during Operation Raider to prevent criminal activity and raise public awareness around illegal streaming services. We are able to deploy cutting-edge digital tactics to identify and detect people who break the law before carrying out enforcement activity in concert with our partners. Often illegal streaming is used to fund Serious Organised Crime and West Mercia Cybercrime Unit is committed to interdicting this source of criminal revenue and reducing the harm organised crime groups can do to our communities.”

“Accessing films, TV series and live sports events from unauthorised sources is illegal, can expose consumers to risks such as data theft and malware, and can help fund organised criminal groups,” warned PIPCU Detective Chief Inspector, Gary Robinson. “PIPCU is pleased to support this enforcement activity, and we will continue to work with our partners to take action against those who use and supply illegal streaming services.”

“This operation has involved months of collaborative hard work and the warning notices issued are an excellent example of adopting a multi-agency approach between FACT and the Police,” said Jason Grove, Government Agency Intelligence Network (GAIN) National Coordinator. “By working in partnership, sharing intelligence lawfully and efficiently, the network aims to ensure that government agencies and law enforcement will help reduce the risk, threat and harm from serious and organised crime.”