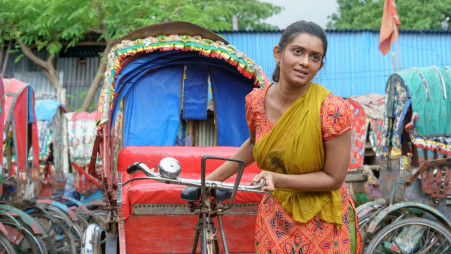 Cinedigm, the streaming and entertainment company, has begun adding more than 18,000 additional film and television episodes to Cineverse, its flagship streaming service, through an expanded distribution agreement with independent film distributor, Filmhub.

The deal between the two companies marks the first major third-party content transaction completed on behalf of Cineverse, which launched in September 2022.  Cineverse will now carry more than 32,000 film and television episodes under this latest deal.

All of these films and a range of additional titles will be available at cineverse.com, as well as across iOS, Android, Roku and Samsung connected television apps.  In addition, support for Amazon Fire TV, LG webOS and Apple TV apps will be made available shortly.

“As we recently stated after launching Cineverse, one of our primary goals is to offer consumers unlimited access to an immense diversity and range of entertainment content that consumers have been denied by other subscription-based services,” remarked Erick Opeka, Cinedigm’s President & Chief Strategy Officer. “Our partnership with Filmhub grants us full access to a huge catalogue of high-quality independent films, documentaries, television series, and short-form content from around the world allowing us to easily surpass our goal of adding more than 15,000 titles in Q1 2023.”

“It’s very exciting to partner with a similar technology-forward company in the video streaming business,” stated Alan d’Escragnolle, CEO & Co-Founder of Filmhub.  “As the world becomes more diverse in its interests and technology enables content personalisation at scale, we’re excited to see our premium new releases and full content catalogue find new audiences on Cineverse and across Cinedigm’s portfolio of streaming channels. This is a great win for both our distributor and individual producer clients.”