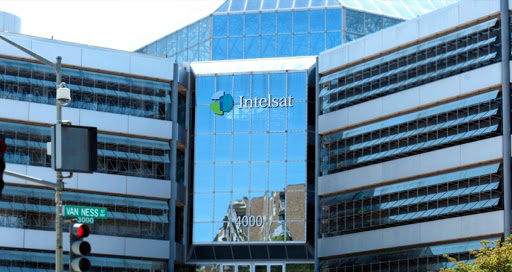 The long-running Class Action inside trading allegations brought by some investors in Intelsat is coming to a head. The action centres on allegations that Dave McGlade, then chairman of Intelsat, in 2019, together with some major Intelsat stock-holders, sold significant portions of their holdings following a specific meeting between Intelsat and key officials at the FCC where news emerged that the Intelsat and SES C-band private auction scheme would not be permitted by the FCC.

Back on November 4th 2022, the judge hearing the Class Action dismissed the Plaintiffs’ (Walleye Opportunities Master Fund, on behalf of its Class Action associates) move but allowed them to resubmit their claim with extra details.

The core allegations say that the Defendants violated Federal securities laws. The lawsuit alleged that the named defendants broke the rules by selling Intelsat shares while they were in possession of material non-public information, including that Intelsat SA had met with the FCC on November 5th 2019, to discuss the private sale of certain frequencies controlled by Intelsat SA for future 5G use (the C-Band).

Later that same afternoon of November 5th 2019, the defendants allegedly sold their shares. The lawsuit alleges that McGlade, Silver Lake, and BC Partners had direct knowledge of what happened at the FCC meeting because information was “flowing freely” to the board.

The Plaintiffs states: “This is the quintessential insider trading case,” the lawsuit says. “Intelsat, a satellite operator, was successfully pursuing a bet-the-company-deal with the FCC. Its board chairman, defendant David McGlade, and its two largest shareholders, defendants BC Partners and Silver Lake, sold $246 million in stock, the very same day they learned the FCC was turning against the deal.”

The Plaintiffs submitted their new documents to Judge Jeffrey White but one of the named Defendants (Silver Lake) is arguing that the new filing from the Plaintiffs “adds nothing about the Silver Lake Defendants. Literally, not a word. Plaintiff has given the Court no reason to revisit its prior ruling.”

Another named shareholder, BC Partners, argues that the Plaintiff’s Second Amended Complaint does not adequately allege that “(1) the FCC communicated any material non-public information to Intelsat at the November 5 meeting, (2) anyone at Intelsat told BC Partners anything about the November 5 meeting prior to its trade, or (3) insider trading is a more compelling inference than the obvious and innocent explanation that BC Partners sold a small portion of its Intelsat holdings as soon as its trading window opened given market-wide uncertainty.”

McGlade, in his response, argues that the Plaintiffs Second Amended Complaint fails to offer “a single fact showing that McGlade learned any material non-public information regarding the November 5 meeting before he participated in the block sale” and “adds no new allegation going to McGlade’s state of mind.”

It is worth stressing that the Securities & Exchange Commission (SEC) has not entered the arguments with its own potentially crucial investigation, or charges.

Nevertheless, the court in the Norther District of California must now decide whether to permit the Class Action to go forward. A hearing is currently scheduled for April 28th, with responses to be filed by March 3rd.

The Plaintiffs allege that immediately after the November 5th 2019 meeting, McGlade, BC Partners, and Silver Lake sold $246 million in stock (some 14 per cent of Intelsat’s stock) through a private block sale conducted by Morgan Stanley. The court must decide whether the Plaintiffs have made a sufficiently strong case or whether the sell-off was just a remarkable – but not illegal – coincidence.