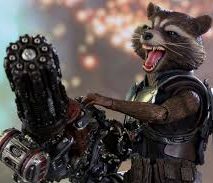 Overall, 874 films and events were released into cinemas during 2017; this is a slight reduction from 2016’s 900 releases, following significant annual increases from around 500 releases a decade ago, suggesting that we may have reached a peak in the number of theatrical releases. Some titles which might have received a theatrical release are instead finding their audiences on alternative platforms, with companies such as Netflix and Amazon releasing films online.

Welcoming these latest figures, Phil Clapp, UK Cinema Association Chief Executive, commented: “Alongside a strong and diverse film slate, today’s box office figures are testament to the unprecedented levels of investment made by UK cinema operators in 2017 in enhancing the big screen experience. From new site openings and refurbishments to technological advancements, these efforts have ensured the sector continues to thrive in the face of new competition from online platforms such as Netflix. It’s clear that the UK public still turns to cinema to get the “wow” experience they can’t enjoy anywhere else.

Lucy Jones, Executive Director at industry analysts comScore, commented: “Audiences want the right content on the right platform. The latest box office figures confirm that audiences still feel that films are best enjoyed at the cinema with the biggest possible screen, the best sound, comfortable seats and the communal experience. Despite embracing online services, there’s still a significant appetite for social interaction in the real world.”