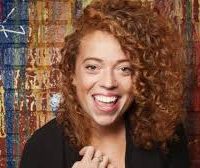 Comedian Michelle Wolf, a regular contributor on The Daily Show and Late Night with Seth Myers, has landed her own weekly Netflix half hour talk show that will premiere later this year.

The show, which does not have a title yet, aims to “take a break from the seriousness of late night comedy. Instead of making the news fun, [the show will] make fun of everything and everybody” according to a press release.

Wolf commented: “You can expect the types of jokes my former bosses would tell me we couldn’t do on TV.”

“We’re thrilled to be working with Michelle, a gifted writer and performer with a singular voice,” added Bela Bajaria, Vice President of Content, Netflix.