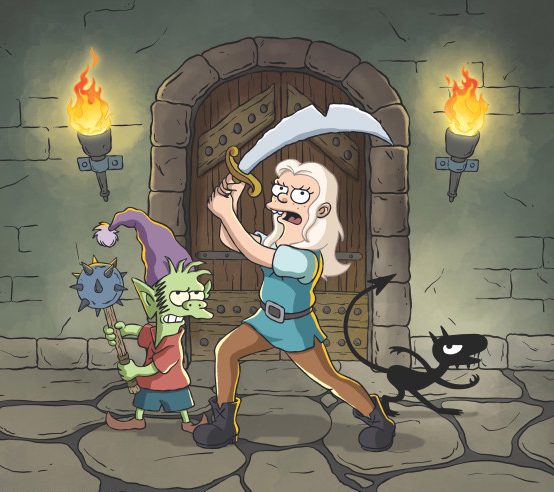 Renowned voice actor John DiMaggio has declared that Matt Groening’s new animated show, Disenchanted, is Groening’s best work yet. High praise indeed for the man who is also responsible for creating The Simpsons – the longest running scripted show in TV history – as well as the much celebrated Futurama.

Speaking at the MCM London Comic Con at the ExCel Arena, DiMaggio said the show is arriving at “right on time” and it as if “The Simpsons fornicated with Game Of Thrones“.

DiMaggio, best known for his portrayals of Bender (in Futurama) and Jake The Dog (in Adventure Time), revealed exclusively to Advanced-Television that he will voice “The King” in the show, which is set in a fantasy, medieval kingdom. He added the show features a “huge alumni” of Futurama voice cast, and creating the show was the most fun he has ever had at work.

The adult series follows the story of Bean, an alcoholic princess, her elf companion Elfo, and her “personal demon” Luci. Although the show is targeting an adult audience, DiMaggio said the content is “dirty and filthy… without being dirty and filthy” due to the cleverness of the writing team.

A 20 episode season of Disenchanted has been ordered by Netflix. The first 10 episodes launch exclusively on the streaming service this August.