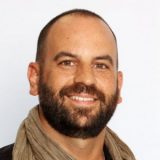 A bid by Facebook for the rights to the English Premier League is “not on the cards” according to the social media giant’s director of media partnerships, EMEA, Patrick Walker.

Addressing a meeting of the Broadcasting Press Guild in London, Walker said that Watch, the company’s digital video platform, was built around three main pillars: audience growth, monetisation, and innovation, where Facebook could offset a lot of media partners’ investment in technology and test formats such as AR/VR.

In terms of commissioning, Walker said that Facebook had invested in some sports rights, as a test case internationally, bringing a lot more innovation with individual football clubs, and different sports news and other media organisations such as Sky to help distribute the material they already create and produce. “Facebook, in a way is like the world’s biggest sports stadium,” he suggested. “There’s around half a billion people who follow a football club somewhere in the world on Facebook.”

“We’re not going out with the intention of acquiring lost of football rights specifically,” he stressed. “It’s more testing different sorts of ideas and seeing how they work and collaborating with rightsholders.”