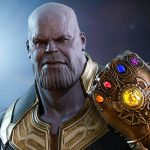 Avengers: Endgame is setting presale Box Office records in the UK. As anticipation grows for the epic Marvel sequel, data from Applaudience shows that, as of the morning of April 12th, 188 screenings across the UK are already sold out with another 675 are listed as ‘Selling Out’ (71 per cent of tickets sold).

As it stands, Avengers: Endgame has sold over 865,000 tickets so far (for an approx £9.3 million pre-sales box office), meaning that 1.3 per cent of the UK population have already bought tickets, despite the film still another two weeks away from release.