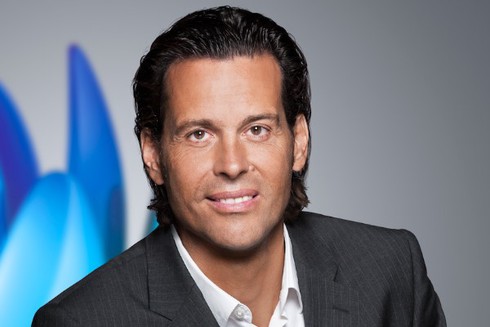 Tom Mockridge, who has been Virgin Media CEO since Liberty Global first acquired the business in 2013, is leaving the company to base himself again in Italy with his family.

“Lutz is an outstanding leader and operator,” said Mike Fries, CEO of Liberty Global and Chairman of Virgin Media. “During his eight years in Germany, Lutz led a talented team and created significant value. Since joining Virgin Media last year, he has made an immediate impact, uniting the team around a clear strategy for continued, best-in-class growth in the UK and Ireland. Tom, Lutz and I have prepared for this moment for some time now, so Lutz will hit the ground running from day one.”

Schüler said: “I am thrilled to be leading Virgin Media. After seven months working in our operations, I am more excited than ever about our continued growth potential with the customers and communities we serve in the UK and Ireland.”

Fries added, “I want to thank Tom for his tireless commitment to transforming Virgin Media since we acquired the business in 2013. Under Tom’s leadership, operating cash flow increased 35% and Virgin Media is now recognized as the leader in ultrafast broadband, the best entertainment and superior quality of service. We’ve also launched the most successful network upgrade and expansion programs in UK history, ensuring that more than 15 million households have the opportunity to enjoy Virgin Media’s incredible products and services.”

“Tom and I have known and worked with other each for much of the past three decades,” Fries continued. “His outstanding strategic and operational talent has always been greatly valued by me. While he will be spending more time in Italy, I’m sure he will remain close to the action in our industry for a long time to come.”

Mockridge said: “It has been a privilege to lead Virgin Media over the past six years. Since becoming part of Liberty Global, Virgin Media has reinvigorated its business. The company is now spearheading the advance of the thriving digital economy in the UK and Ireland with the largest, most successful programme to connect homes and businesses to broadband. I’m very pleased to now hand the reins to an executive of Lutz’s calibre. He steps into the role of Virgin Media CEO with a strong platform for continued growth in the UK and Ireland.”