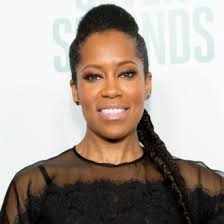 Netflix has entered into a multi-year first look deal with director, producer, and actress, Regina King and her production company Royal Ties.

“Regina King is a multi-faceted talent both behind and in front of the camera. She’s been a trailblazer for years, with boundless creativity and impeccable taste in projects, and we couldn’t be more thrilled that she will bring her formidable talents to Netflix,” said Ted Sarandos, Chief Content Officer, Netflix.