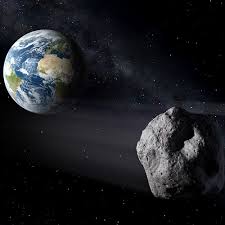 Viewers around the world will receive a month of programming in celebration of Asteroid Day, the official United Nations day of education and awareness about asteroids, thanks to a partnership between SES and BCE. The broadcast will feature pre-recorded and live HD content from Asteroid Day’s global programmes and events throughout June 2019, building to June 30th with coverage of over 2,000 events occurring in 190 countries.

“Information is in our roots; we believe that instructing the world about asteroids has become an imperative. To do so, we are enthusiastic to use our state-of-the-art IP-based playout centre to broadcast this planetary event and reach the world with SES satellites fleet.”

As partners in the Asteroid Day initiative SES and BCE have teamed up to bring a month-long global broadcast of the related events to audiences around the world. BCE will produce the 6 hour live production out of Cercle Cité in Luxembourg city and provide all the playout services from its media centre in RTL City, for HD distribution over satellite as well as IP networks. The online distribution will be taken care of using BCE’s Freecaster Live Streaming solution, which will enable both live and VoD viewing on social networks and websites.

For the satellite distribution, SES will broadcast the programming on five satellites to create a truly global footprint for Asteroid Day, a testament to the reach of SES. In Europe, Africa, and Asia the programming will be delivered FTA via satellite to DTH viewers, while in Latin and North America it will be integrated into the packages of multichannel video programming distributors (MVPDs) via satellite.

The programming will culminate on June 28th with Asteroid Day LIVE, a 24-hour live broadcast produced by Asteroid Day and sponsored by SES, BCE and the Government of Luxembourg. The marathon show will be hosted by prominent journalists from the BBC and CNN, who will be joined in studio and around the world by renowned astronauts, expert scientists, technologists, and researchers in planetary science.

“BCE thrives with innovation and technology,” said Xavier Thillen, Head of Digital Media Operations at BCE. “Information is in our roots; we believe that instructing the world about asteroids has become an imperative. To do so, we are enthusiastic to use our state-of-the-art IP-based playout centre to broadcast this planetary event and reach the world with SES satellites fleet.”

“At SES, we value technology as a tool to positively impact and transform lives,” said Ruy Pinto, SES Chief Technology Officer. “We are proud to be a partner in this global awareness campaign to learn about asteroids, both the impact hazards they may pose and the resources they may one day yield. By leveraging multiple satellites, we are using the power of our global reach to deliver this important programming to millions of TV homes.”