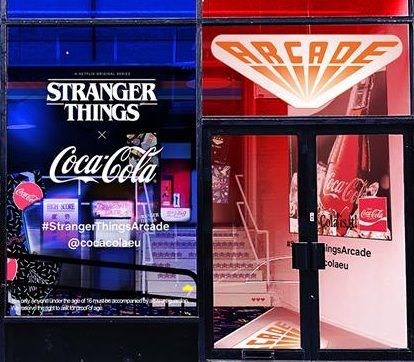 As Stranger Things fever – a genuine epidemic – continues to sweep the globe on the back of its wildly successful third season that launched on Netflix last week, the show has teamed with Coca-Cola for a pop-up arcade experience, which is open now in Shoreditch, London.

The arcade accurately and wonderfully creates the illusion that customers are stepping into an amusement arcade from the mid 1980s – akin to where our young heroes from the show hang out in Hawkins, Indiana. 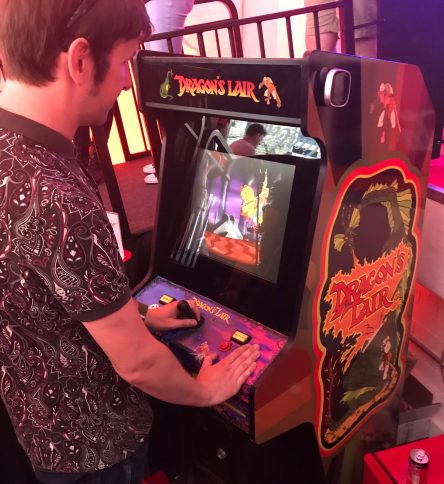 A number of original and immaculately preserved arcade classics are available to play for free including Defender, Space Invaders, Asteroids, Street Fighter 2 (wrong decade, but forgiven due to its status) and, perhaps the pièce de résistance, an original Dragon’s Lair cabinet, as famously featured in season 1 of the show. The game’s impressive laserdisc technology still commands the same crowd of jaw-dropped onlookers today as much it did some 35 years ago.

And the fun doesn’t end there. Customers longing to take a step into The Upside-Down are advised to explore the arcade for a portal into the alternative dimension (hint: hover by the Coke vending machine) where they’ll be rewarded with a special edition Stranger Things Coca-Cola can for their daringness.

A spokesman for Coca-Cola at the event said that the bringing together of Stranger Things and Coca Cola is a “perfect marriage”. 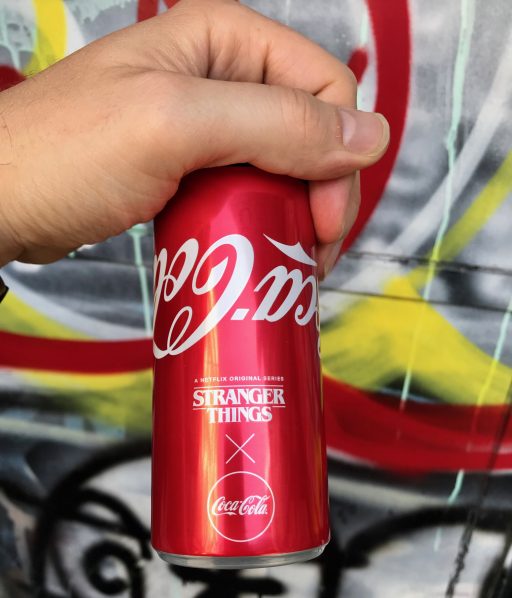 “Both brands are steeped in nostalgia, yet still have huge appeal to modern audiences,” he added. Judging by the number of people waiting for the attraction to open, he’s certainly not wrong.

Fans wishing to visit the immersive experience need to act swiftly. Taking the term “pop-up” very literally, the arcade is open for just one day (ie today, July 11th, which can’t be a coincidence) and closes at at 9pm.