Research: GoT caused more lost sleep than any other TV series 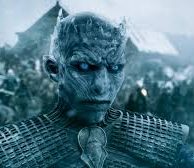 Anxiety and excitement over Game of Thrones and the fate of its characters is the most common TV-related cause of sleeplessness in the UK, according to Twitter research.

Analysis of over 30,000 insomnia-related tweets and posts by bed retailer Happy Beds found that Game of Thrones was one of the most common sources of lost sleep for Brits in the last 12 months.

The finale, in particular, was a cause of nation-sweeping insomnia with #GameofThronesFinale and #Got8 being the 4th and 6th most common hashtags in sleepless-related tweets.

In terms of the cast, Jon Snow, Tormund Giantbane and Bran Stark featured heavily in tweets about sleeplessness, with the majority of the major cast making an appearance. Jon Snow topped the list as the character Brits lost the most sleep over, coming in as the 8th most popular mention overall respectively. He was shortly followed by Tormund Giantbane and Bran Stark in positions 9 and 10.

Game of Thrones, however, wasn’t the only show to keep Brits awake at night. UK’s favourite reality TV show, Love Island and tense police procedural Line of Duty also featured heavily, with Netflix appearing as the most popular streaming platform in sleepless tweets.