Following the creation of a new circuit for track cycling by the Union Cycliste Internationale (UCI) in September 2019, the UCI and Discovery are launching a new UCI Track Cycling World League set to debut in the 2021-2022 season.

Under the agreement, signed at the 2020 UCI Track Cycling World Championships in Berli, the management, TV production and distribution of the new UCI series will be entrusted to Global Cycling Network (GCN), in collaboration with Eurosport’s dedicated event promotion division, Eurosport Events, for an initial term of eight years. The partnership will ensure extensive international exposure for the new UCI Track Cycling World League via Discovery channels and platforms including Eurosport and GCN. 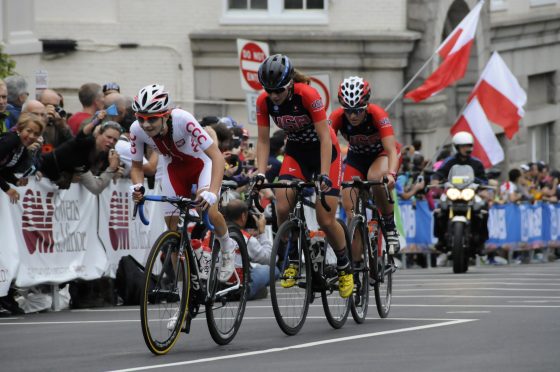 UCI President, David Lappartient, said: “I am thrilled and delighted that Discovery will be by our side to help launch and promote our new UCI Track Cycling World League. Their expertise and recognised know-how in the fields of organisation and TV production and broadcasting will contribute significantly to the development and popular appeal of track cycling. With this new UCI circuit, the discipline will have a packed and attractive annual calendar that offers variety and will meet the expectations of new audiences while also appealing to existing cycling fans. Along with our new partner, we will grow the appeal of track cycling beyond the Olympic Games, where it has been on the programme since the very first Games of the modern era, in 1896.”

President, Eurosport and Global Sports Rights & Sports Marketing Solutions, Andrew Georgiou, added: “We are excited to deepen our longstanding relationship with the UCI and go even further to grow the sport across Europe. Eurosport Events is an increasingly important strategic offer within our business, affording rights-holders the opportunity to build and strengthen their event portfolios globally. The partnership with the UCI demonstrates what the scale and expertise of the wider Discovery family can offer partners in sport, providing both highly localised content to the widest variety of audiences as well as offering unrivalled expertise, analysis and storytelling from the best experts. Combining this strength in cycling with Eurosport Events’ promotional know-how and the global scale of Discovery’s channels and platforms, including Eurosport and GCN, we are confident we will build the UCI Track Cycling World League into a huge success. As Home of the Olympics in Europe, Discovery and Eurosport look forward to continuing to champion the riders who will be the stars of the velodrome all the way to Paris 2024.”

Eurosport has pioneered cycling coverage for millions of passionate fans around the world by broadcasting the UCI Track Cycling World Cup and World Championships to consistently growing audiences for more than 25 years. With over 2,500 hours of coverage across 200 days of live cycling from more than 110 professional events, Eurosport is firmly established as the ‘Home of Cycling’ in Europe and beyond. Through its sister streaming platform, GCN, Eurosport broadcasts the largest portfolio of cycling events on the planet, bringing premium cycling content directly to fans however they choose to watch.

GCN is part of Play Sports Group, whose brands serve 8.2 million followers and reach 100 million monthly viewers. Launched in 2013, GCN quickly gained a reputation for creating ground-breaking fan-first digital content that combines a love of cycling with expert analysis and unparalleled access to professional riders. It has built up a community of almost two million passionate subscribers on YouTube by delivering content directly to its audience, via smartphone, computer, tablet or television, to be consumed whenever and wherever. Discovery acquired a majority stake in Play Sports Group in January 2019.