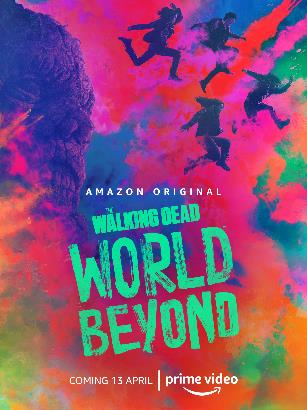 Amazon has announced that The Walking Dead: World Beyond will launch on Prime Video on April 13th.

Following the global success of The Walking Dead and spin-off Fear the Walking Dead, the next series is co-created by Scott M. Gimple, with Matt Negrete on board as co-creator and showrunner. The series will star Aliyah Royale, Alexa Mansour, Annet Mahendru, Nicolas Cantu, Hal Cumpston and Nico Tortorella