Amazon Prime Video has secured the UK rights to Alex Rider, a new coming of age spy-thriller series based on the novels of the same name. The franchise has become a global phenomenon selling over 20 million copies worldwide. Alex Rider will premiere on Prime Video in the UK on June 4th, with all 8 episodes available for UK Prime members to stream.

The series is produced by Eleventh Hour Films and Sony Pictures Television, and stars Otto Farrant as Alex Rider, a London based teenager who has unknowingly been trained since childhood for the dangerous world of espionage. Pressured to help investigate his uncle’s death, and how it connects to the assassination of two high-profile billionaires, Alex reluctantly assumes a new identity and goes undercover in a remote boarding school called Point Blanc. 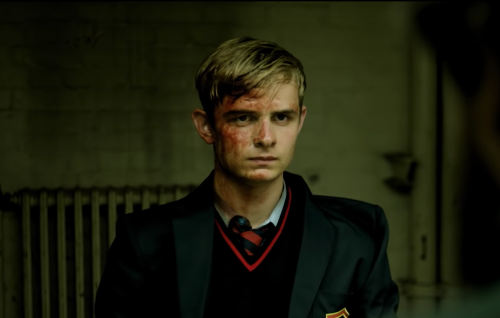 “We are thrilled to bring our Prime members this cinematic drama based on one of literatures most loved characters,” said Chris Bird, Head of Content, EU. “Fans of the book franchise will be delighted to hear that this new series is created by Alex Rider author Anthony Horowitz, alongside outstanding talent both in front and behind the camera. We know that there is huge anticipation for this TV series imagining of an iconic book franchise, so we’re delighted to have secured this show exclusively for Prime members in the UK.”

“I was thrilled to hear that Prime Video will introduce the Alex Rider TV series to fans,” added Horowitz. “This is such a huge, popular platform and feels like a natural home for the series. I hope that this is the start of a long creative partnership… with another twelve books ready to go!”

“At a time when the world is looking for heroes, who better to come to our aid than Alex Rider?” said Wayne Garvie, Sony Pictures Television, President, International Production, “We’re thrilled that Amazon Prime Video will be the place for Brits to watch one of their great local heroes take on global evil.”

Horowitz, the author of the franchise, serves as an Executive Producer alongside Jill Green, Eve Gutierrez, series writer Guy Burt, and Andreas Prochaska, who also co-directed the series with Christopher Smith.