The second window rights deal will see both series of the BAFTA-nominated Mortimer & Whitehouse: Gone Fishing broadcast on Dave in the UK. Series one will air from August this year, and the second early 2021.

Originally transmitting on BBC Two, the show sees lifelong friends and comedians, Bob Mortimer and Paul Whitehouse, spend each half-hour episode on the riverbanks of Britain, catching a key species of fish. 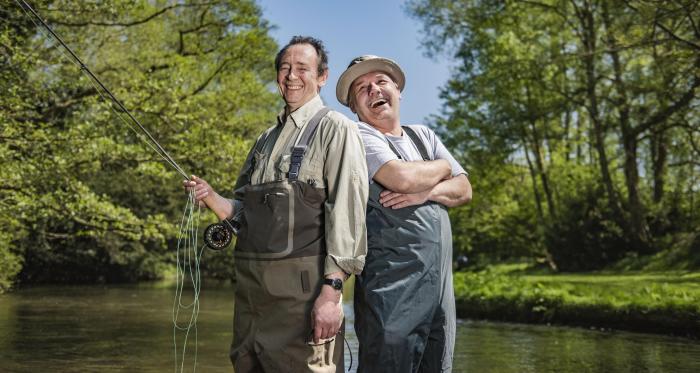 Keren Shahar, KI’s COO and President of Distribution, said: “The beauty of this show is the magic created when two beloved and iconic comedians chew the cud about anything and everything – from show business to solitude, relationships and romance – while trying to catch fish in some of the most beautiful countryside in the UK.  It’s pure escapism.  We’re delighted to be able to bring Gone Fishing to a wider British audience on Dave.”

UKTV’s acquisitions executive Gaby Sumray added: “These series brought so much joy to BBC audiences and with the frustrations that we’re all experiencing during lockdown, we hope Dave viewers  can escape to a place where Bob and Paul –  two of the UK’s most treasured comedy greats – can provide entertainment, escapism and calm among the banks of the UK’s beautiful rivers.”