Sony has confirmed that its Bravia Core service, which offers some of the latest film releases, blockbusters and classics from Sony Pictures Entertainment (SPE), is now included with Bravia XR TVs, enabling users to experience the content in Pure Stream, which it claims provides the highest in streaming picture quality

Created in collaboration with SPE, Bravia Core was developed to offer incredible feature films and other content in the highest quality to purchasers of Sony’s brand new line of TVs.

“We bring together the best filmmakers and the best actors and deliver the resultant feature films to consumers through the brilliance of Sony technology and the brilliance of our televisions,” declared Keith Le Goy, President, Worldwide Distribution and Networks, Sony Pictures Television. “The Bravia Core video service, included with every new Bravia XR TV, delivers the ultimate at-home viewing experience.’

Bravia XR TV owners who sign up for Bravia Core can redeem movies from a selection of at least 300 titles including Venom, Peter Rabbit, Ghostbusters, Blade Runner 2049 andJumanji: The Next Level using Bravia Core credits.

“For about four years now we’ve been working to really think how we re-imagine the at-home experience and how we deliver great, immersive technology that you typically see in the cinema,” advised Pete Wood, SVP, New Media Distribution, Sony Pictures Entertainment. “Bravia Core is a great out-of-box experience where consumers will get the best films that the studio has to offer, from some of our best and newest releases, to some of the all-time Sony classics.” 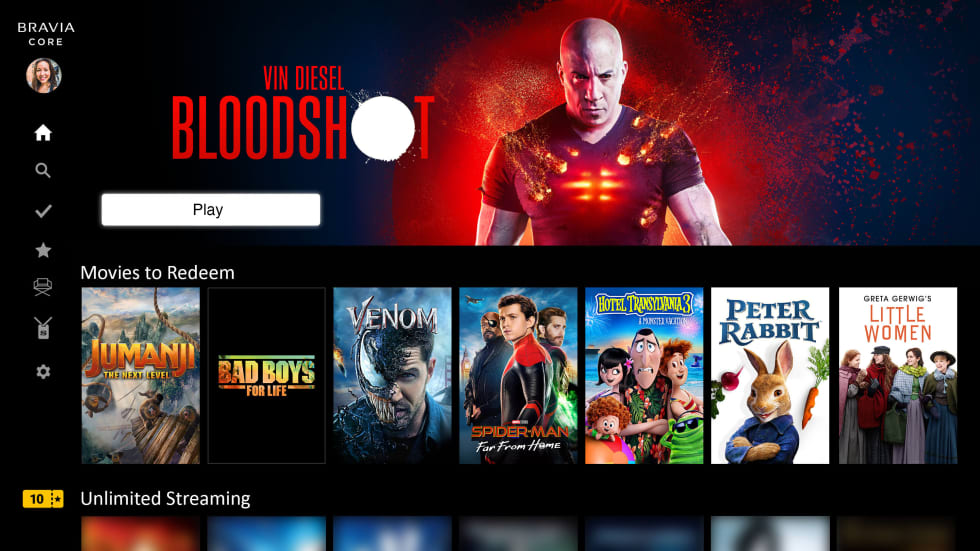 “IMAX Enhanced is the best way to experience blockbuster entertainment outside of the movie theatre,” commented Bruce Markoe, Head of IMAX Post, IMAX Corporation. “We worked closely with Sony Pictures and DTS to remaster over 50 IMAX Enhanced titles that deliver the highest-fidelity image and sound on a Sony Bravia XR device. We’re thrilled to continue expanding the IMAX Enhanced collection on Bravia Core, and can’t wait to bring more of what consumers love about IMAX to best-in-class streaming content and entertainment devices. Filmmaking has become so sophisticated, and because of the Sony Bravia XR TVs and technology now you can get that experience in your home.”