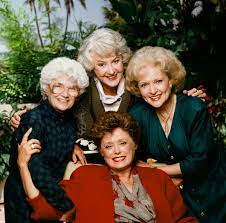 Disney+ has announced that all seven seasons of celebrated US sitcom, The Golden Girls, will land exclusively on Star on Disney+ in the UK & Ireland on July 2nd. Audiences will be able to stream all 180 episodes of the beloved series which tells the story of four single middle-aged women who share a house in Miami Beach, Florida.

Almost 30 years after the series finale aired with record-setting audience numbers, the multiple award-winning show remains an iconic classic to this day.

The all-star cast of Beatrice Arthur, Rue McClanahan, Betty White and Estelle Getty each won a Primetime Emmy for their performances in the poignant comedy, which highlighted the importance of friendship.