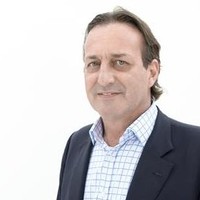 Feltes looked after media and corporate relations for SES from 1990 to 2015, some 25 years of absolute professionalism in handling the press during a period when SES was on an unprecedented expansion growth trajectory.

Feltes was an early hiring at SES during 1990. The company had only launched its first satellite (Astra 1A) at the end of 1988 and its first DTH transmissions started in 1989.

Jacques Denavaut, his business colleague and former client as Director of Communications at Arianespace, broke the news, saying that Feltes had been struggling with health problems for several months.

“Yves is a whole era, our era that we lived together most often in joy and good humour,” said Denavault.

Denavault is right. Feltes always had time for a journalist’s questions, and would provide guidance even when a formal response might have been a challenge.

That 25 years of work for SES represented the peaks for SES, the acquisitions of New Skies, of GE Americom, of a hundred and one other deals and agreements, and of handling a plane load of VIPs to a launch or renting a 747 to take journalists for a California briefing on the then new-fangled MPEG compression system.

But there were other ‘firsts’ to handle, not least the co-location of satellites, managing the 19.2 degree East hottest of orbital hot-spots, and the growth of its DTH operations around the world.

It wasn’t just that Feltes did his job well, but he did it with a flair. He made any event double-exciting, and ensured that everything worked as planned.