South Korea’s LG Display (LGD) is exhibiting its latest designs, including its 55-inch transparent displays, at the International Motor Show in Munich.

LGD is collaborating with ‘smart glass’ tech company Gauzy and will let visitors experience the many entertainment and informative experiences that its 55-inch Transparent OLED panels can bring public transportation services when replacing their vehicle windows. Moreover, with its transparent OLED technology, the company will cooperate with Gauzy to replace windows in various types of transportation vehicles to enable smart and dynamic transparent displays.

While SPD is on, a Transparent OLED screen can deliver clear visual content to show what is behind the display, increasing its potential for future Head-Up displays while making it a viable replacement for all greenhouse glazing where both information and a view of the outside is desired.

LGD says that to create greater contrast when direct light hits while also providing shade for passengers to enhance the safe and comfortable travelling experience, SPD technology dims the Transparent OLED panel to any desired opacity, blocking up to 99 per cent of light and allowing high contrast and rich colours through day and night. With outstanding application potential in both automotive and built environments, this newly-unveiled Transparent OLED presents the future of signage to all kinds of settings. 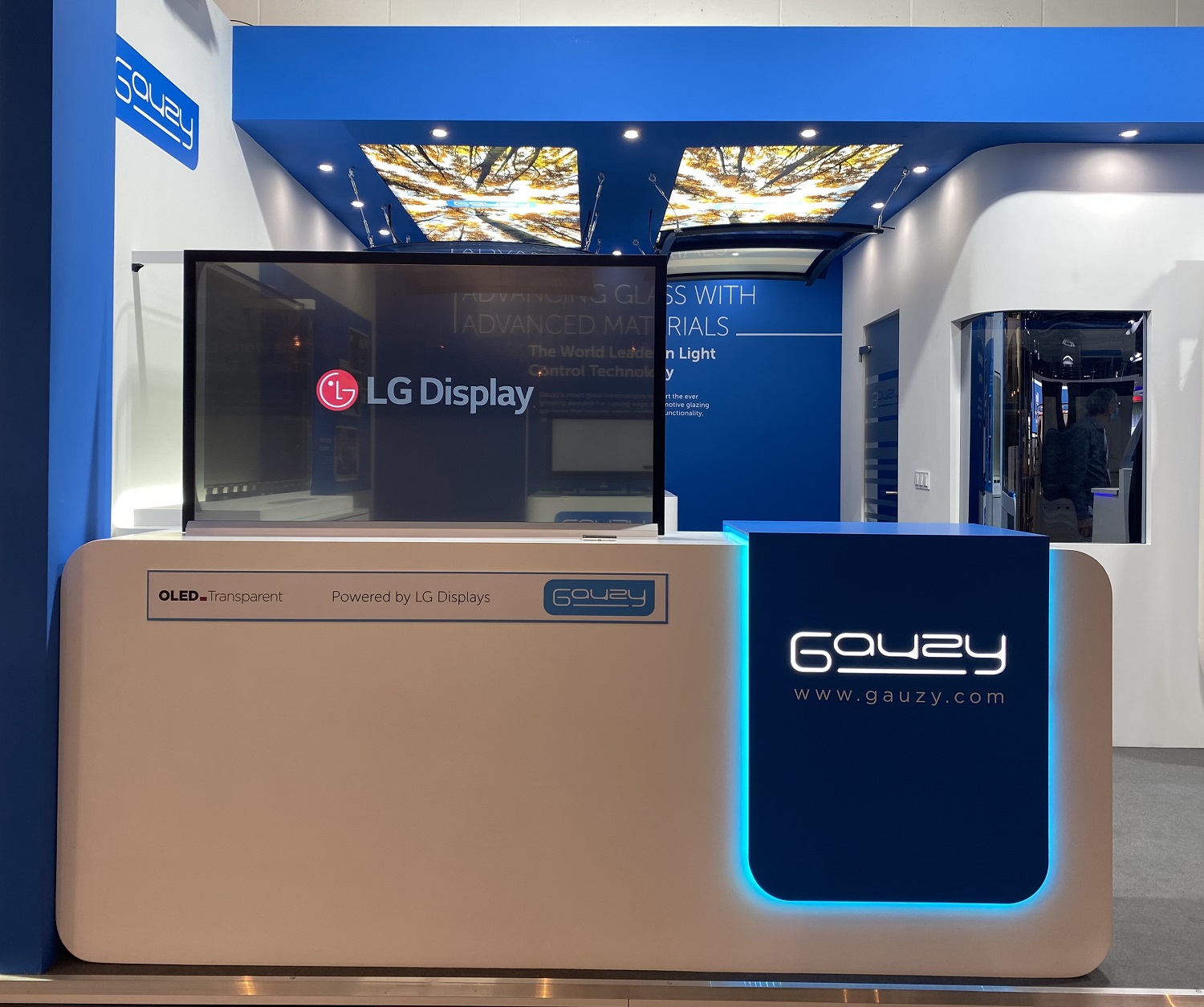 Eyal Peso, Gauzy CEO, adds: “The future of displays is transparent, and it’s here now. The ability to make any window active, multifunctional, and the ability to provide both visual and thermal comfort alongside communication is one of Gauzy’s core goals. By adding our LCG smart glass technologies to glass and other technologies like transparent OLED’s with SPD by LG Display, together, we are setting a new standard in signage.”

LG Display’s Transparent OLED is already being utilised in various areas. The company most recently collaborated with South Korea’s Kakao Mobility to install Transparent OLED panels in the parking lot of Seoul’s Trade Tower. With the instalment of these displays, these unique panels add a vibrant and futuristic feel to an otherwise ordinary parking garage. Transparent OLED not only sports innovative technology to display content clearly but also a high level of transparency that makes striking spatial interior effects possible.