Amazon Studios Head of European Originals, Georgia Brown, and Head of UK Originals, Dan Grabiner, took part in an address on September 14th during which they recommitted Prime Video’s long-term ambitions for making original television in the UK.

As part of a Q&A, hosted by comedian Katherine Ryan (due to star in Amazon Original Series Backstage with Katherine Ryan which will launch on Prime Video globally), Brown and Grabiner, in front of an assembled group of UK production partners and broadcasting industry guests at London’s Two Temple Place, made greenlight announcements of the following UK-produced Amazon Original Series to launch on Prime Video:

– Psychological thriller Wilderness, produced by Firebird Pictures, written by Marnie Dickens and executive produced by Elizabeth Kilgarriff;  a twisted love story, where a dream holiday and a supposedly ‘happy-ever-after’ quickly turns into a living nightmare.

– A documentary feature about influential online star, KSI (pictured), produced by Louis Theroux as Executive Producer and Mindhouse Productions, following KSI (aka Olajide Olatunji) as he prepares for the biggest year of his career so far. 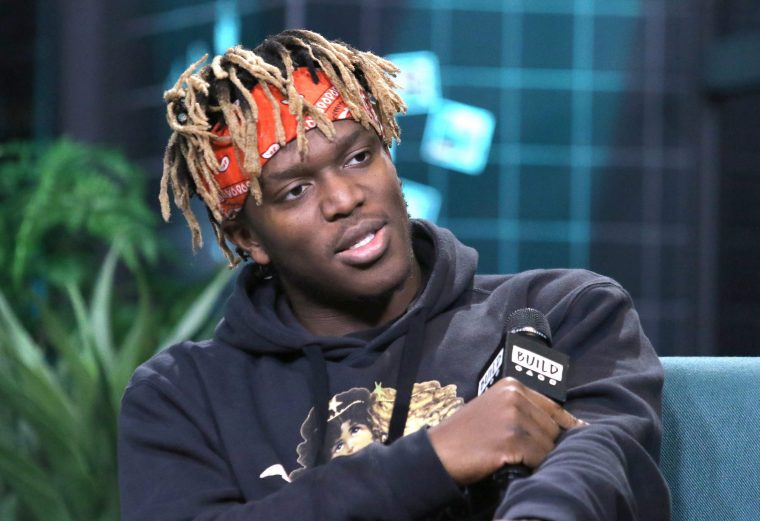 The pair also announced the casting of Malachi Kirby (Small Axe) in the upcoming Amazon Original series Anansi Boys, based on Neil Gaiman’s best-selling novel, in the leading roles of brothers ‘Charles Nancy’ and ‘Spider’.

Gaiman commented: “Malachi Kirby is an actor of astonishing sensitivity, charm, and power. We needed somebody who could bring us the humanity of Charlie and the godly dangerousness of Spider; who could play two very different characters and who could in many ways carry the show. We found Malachi, and I am so thrilled that we did. He’s astonishing.”

These announcements add to the UK slate of Amazon Originals Series in production in 2021 including six-part epic thriller series, The Rig, which follows the crew of an oil rig stationed off the Scottish coast in the dangerous waters of the North Sea, starring Iain Glen, Martin Compston and Emily Hampshire; six-part comedy-drama series, written by Jez Butterworth and starring James Corden and Sally Hawkins, Mammals; grime and drill music drama series produced by first-time TV producers Nothing Lost, Jungle; and six-part thriller series produced by Hartswood Films starring Jessica Raine and Peter Capaldi, The Devil’s Hour, which follows the story of Lucy Chambers, who wakes up every night at exactly 3.33am. These are in addition to forthcoming unscripted series including All or Nothing: Arsenal, the second series of Clarkson’s Farm and James May: Our Man In… Amazon Studios also recently announced that Season Two of untitled The Lord of the Rings original series will film in the UK, joining these series and others including Good Omens Season Two, Anansi Boys, Citadel and The Power in being produced in the UK.