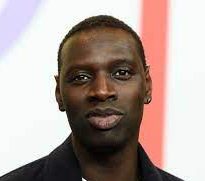 Netflix has agreed a multi-year feature film deal with actor and comedian Omar Sy. The deal will see Sy’s Paris and LA based production company develop original movies for Netflix, with Sy starring in and acting as executive producer on the projects.

Sy commenting: “I have experienced Netflix’s collaboration with artists and their passion to bring unique and diverse stories to homes all over the world. I am very happy to have the opportunity to extend the relationship and look forward to this next step of our journey together.”

Gaelle Mareschi, Director, International Original Film for Netflix in France, added: “We have been lucky enough to have worked closely with Omar for a number of years and are excited to now expand our partnership further to bring his creative vision to our global audiences. We look forward to working together with Omar and his team as he grows as a producer and brings more unique stories and voices to Netflix.”

Sy stars in Netflix’s live-action series Lupin, as Assane Diop, a character inspired by the French story of thief Arsène Lupin. Created by George Kay, with the first three episodes having been directed by Louis Leterrier, Netflix says Lupin is one of its most popular series to date.