UK Culture Secretary Nadine Dorries has said the next announcement about the BBC licence fee will be the last – and it was time to discuss new ways to fund and sell “great British content”.

Dorries added that “the days of the elderly being threatened with prison sentences and bailiffs knocking on doors” were over.

Her comments come as reports suggest the government is set to freeze the £159 (€190) licence fee for two years.

The licence fee’s existence is guaranteed until at least December 31st 2027 by the BBC’s royal charter, which sets out the broadcaster’s funding and purpose. The annual fee is then set by the government, which previously announced in 2016 that it would rise in line with inflation for five years from April 2017. 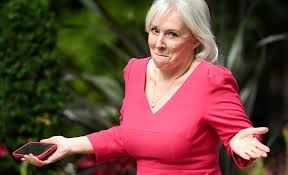 If the licence fee does not rise in line with inflation – currently at 5.1 per cent – the BBC will miss out on the annual fee rising to £167 from April.

Funds raised from the licence fee pays for BBC shows and services – including TV, iPlayer, radio, the BBC website, podcasts and apps.

The Sunday Times suggested the announcement was part of the government’s so-called ‘Operation Red Meat’, a number of headline-grabbing plans that will seek to move attention away from Downing Street ‘partygate’ and towards proposals which will appeal to Conservative backbench MPs.