BT Sport to premiere The Special 1

BT Sport will premiere The Special 1, the latest documentary from BT Sport Films, on BT Sport 1 on February 8th.

The Special 1 provides an entertaining journey into goalkeepers’ unique world, with former and current top-flight keepers speaking with rarely-before seen candour and insight, reflecting on well-known goalkeeping incidents and aspects of their trade. Featuring a distinctive and light-hearted approach, including comic book visuals and idiosyncratic music, The Special 1 celebrates the unique and often mis-understood world of goalkeepers. 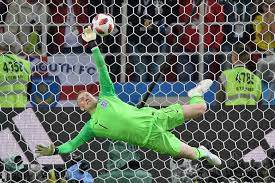 The Special 1 also takes time to explore the detrimental impact of being a goalkeeper and discovers more about the keepers who have struggled to cope with the intense psychological pressure that comes with the job. Driss meets Dr Dirk Enke, a psychologist and father of German keeper, Robert Enke, who sadly took his own life after playing at the highest level and finds out more about the unique pressures that contributed to his son’s mental health issues.

Sally Brown, BT Sport Films Executive Producer and Commissioning Editor, said: “We are delighted to present The Special 1 as the latest instalment in the BT Sport Film series which kicks off a bumper line-up of titles for 2022. The unique and isolating experience of being a goalkeeper in the beautiful game has long been misunderstood and overlooked in favour of the more glamourous outfield positions. The Special 1 takes the viewer on an insightful and powerful journey of what wearing the Number 1 jersey entails from the greats who know it best, and the psychological burden that often comes with the role.”