Alpha Networks, a leading provider in software solutions for the global video distribution market, has announced the acquisition of Kinow. The French company specialised in offering a turnkey OTT video platform to content producers & distributors, media companies and sports federations, is officially part of the Alpha Networks Group starting from January 2022.

Upon acquisition, Alpha Networks will leverage Kinow’s SaaS streaming solution which has already been deployed with a remarkable time-to-market to a list of more than 300 Tier 3 and Tier 4 customers over the last 7 years, including Reworld Media, the Académie des César, Mediawan, The European Handball Cup, Reed Exhibitions, Decathlon, the Festival International du Film d’Animation d’Annecy, LaCinetek, Tënk and many more.

Kinow’s OTT solution was conceived to be easily and quickly deployed for niche markets too, including the events, entertainment and corporate industry. 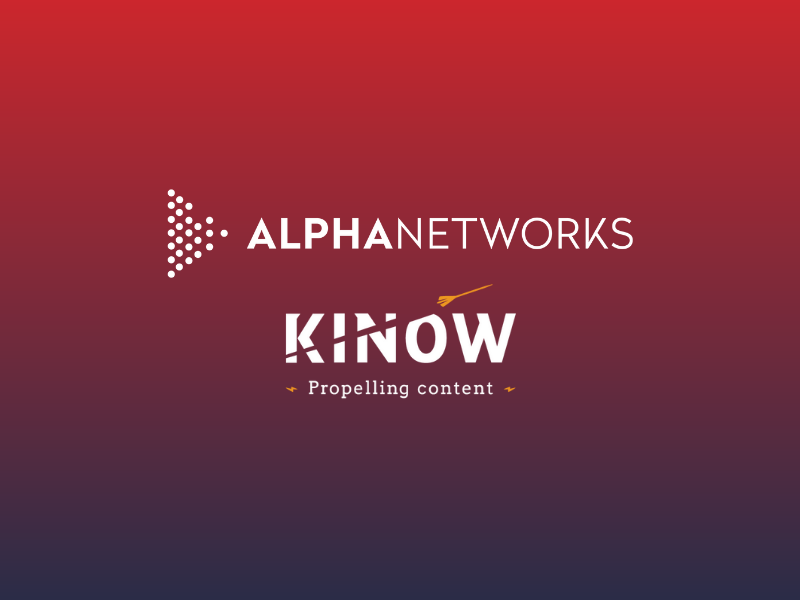 The synergy between the two companies is expected to enable Alpha Networks to persist on its journey of accelerated growth, by addressing a broader spectrum of different-scale actors in the video industry. The extended product line will be able to treat both major operators and media companies as well as broadcasters and editors in Europe, Middle East, Africa, Latin America and in the US.

“This strategic acquisition represents a key step towards our 3-year growth plan. Kinow is a fast-growing company, with a demonstrated 100 per cent growth rate over the last year. We believe that their product and mindset will help us accelerate our goal of consolidating a software-on-demand SaaS model and expand it on a global scale”, said Guillaume Devezeaux, CEO at Alpha Networks.

Commenting on the transaction, Pierre Antoine, CEO & co-founder at Kinow, said: “We are proud to join Alpha Networks to achieve together our common goal to become the new European leader in the video streaming solution market in the next few years. I am confident that their technical capabilities alongside a strong track record will allow us to boost our product visibility and go-to-market. We’ll also be able to keep improving the quality of service thanks to Alpha Networks’ strong support and monitoring offering”.