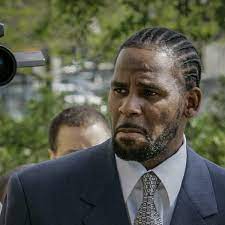 True crime series, Faking It, will return this year as Discovery UK commissions a new line-up of specials along with the sixth season produced by Merseyside-based Shearwater Media.

Faking It follows experts in body language, linguistics and forensic psychology as they examine footage and interviews of individuals connected to some of the most high-profile crimes, investigations or controversies in recent years. The series is one of the most successful franchises on discovery+, whilst also ranking in the top-three premiere series on Quest Red last year.

In 2022, the series returns with number of new, hour-long Faking It specials, dropping from April on discovery+. These will include examinations of two of the most shocking killings of 2021, the murder of Sarah Everard in the UK by Wayne Couzens, a serving police officer at the time, and the murder of Gabby Petito by her fiancé Brian Laundrie in the US.

Faking It will also tackle one of the biggest celebrity scandals of recent times, the conviction of R Kelly (pictured) for sexual abuse and sex trafficking, over two decades. Once dubbed the King of R&B, his dramatic fall from grace and his explosive denials will be unpicked by the experts.

Faking It also revisits the story of convicted British killer Mick Philpott, ten years on from killing six of his own children in a tragic plotline of a chaotic custody battle. With exclusive new analysis and new insights, his lies are revealed from the very first 999 call, to the crocodile tears at the now-infamous press conference.

As well as green-lighting the specials, Discovery has commissioned Shearwater Media to produce a 6×60’ sixth season of Faking It, which will dig into other criminal cases of recent times. Faking It season six will air on Quest Red in the summer.

Clare Laycock, SVP Planning & Insights, Head of Entertainment at Discovery UK, said: “Faking It continues to be one of our most popular formats, providing audiences  with a unique examination of some of the most high-profile criminal cases across the UK and the globe. We are delighted to work with Shearwater Media and our team of experts in body language, linguistics and forensic psychology once more to deliver these hard-hitting specials and a sixth series of Faking It in 2022.”

Steve Anderson, Executive Producer of  Shearwater Media, said: “While there’s no shortage of crime programmes, Faking It stands out thanks to the expertise of our team. This is the only place where behavioural psychology, body language and speech patterns are examined, enabling  viewers to see, hear and understand more about what really happened in the biggest crime stories of today.”