This summer, the BBC will celebrate 60 years of The Rolling Stones with a season of programming across television, radio and digital platforms.

The centrepiece is an exclusive four-part series of films, My Life as a Rolling Stone, which will premiere on BBC Two and BBC iPlayer, produced by Mercury Studios.

It tells the story of one of the world’s greatest rock ‘n’ roll bands in a way that has never been done before – by viewing the band through the musical lens of each member, delving deep into their personalities, passions and memories from the past 60 years. Four hour-long films, each an intimate portrait of Mick Jagger, Keith Richards, Ronnie Wood and Charlie Watts, show how these individual musical geniuses came together to make the music that has provided the soundtrack to the lives of millions.

The films feature access to and newly-filmed interviews with the band members, and from a stellar cast of artists who’ve been inspired by the band, including P.P. Arnold, Chrissie Hynde, Slash, Rod Stewart, Tina Turner and Steven Tyler.

The landmark series, produced by Mercury Studios for the BBC, will include unseen footage and exclusive stories from Jagger, Richards and Wood interwoven with new and archive interviews and performance. The story of Watts, who sadly passed away in August 2021, will be told via tributes from his fellow band members and his musical peers and admirers along with archive interviews of Watts. 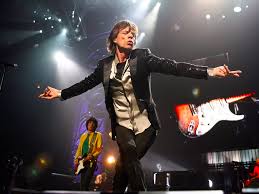 Joyce Smyth, manager of the The Rolling Stones, said: “We are thrilled to celebrate 60 years of The Rolling Stones with these four films which give fans around the world a new and fascinating look at the band.”

Lorna Clarke, Controller of BBC Pop, commented: “What better year for the BBC, in its centenary year, to pay tribute to and celebrate one of the world’s most significant rock groups, in their 60th anniversary year? The Rolling Stones have been ambassadors for great British rock ‘n’ roll for decades and are loved the world over, so I’m thrilled that the BBC is able to present this very special season of programming, including the world-exclusive TV series, to our audiences.”

Mercury Studios CEO, Alice Webb, added: “Every now and again, as filmmakers we get to work on extraordinary projects – this is one of those moments. We know their music, their swagger, their unrivalled stage presence – and through these beautiful, intimate films you’ll see the band in all their glory as we explore what makes them truly great. It’s been an honour to work with The Rolling Stones to shine a light on their incredible lives and careers – we can’t wait for audiences around the world to see them.”

In addition to the four-part BBC Two series, a curated collection of landmark concerts and documentaries will be available on BBC iPlayer this summer, including:

Crossfire Hurricane provided a new perspective on the Stones’ journey from blues-obsessed teenagers in the early 60s to rock royalty. The film combines extensive historical footage, much of it widely unseen at the time, with contemporary commentaries.

This film is a newly revised version of the documentary that was originally made to coincide with the release of the Stones’ Stripped album, released in November 1995, telling the story of two studio sessions and three live shows that made up the Stripped project. The film follows the triumphant end of the Voodoo Lounge tour which found the band reimagining tracks from their back catalogue as acoustic, pared back versions, as well as cover versions.

Rolling With The Stones

Along with the documentary films, the season will also include a world exclusive two-hour audio documentary, Rolling with The Stones, on BBC Radio 2, the UK’s most listened to radio station with 14.9m weekly listeners. This global audio premiere will air this summer.

Six decades ago, when Mick Jagger, Keith Richards, Bill Wyman, Brian Jones and the late Charlie Watts played together for the first time in a scruffy pub in London’s Soho, a global phenomenon was born. Sixty years later, this incredible rock’n’ roll band are still riding every musical wave and bucking every musical trend by the simple expedient of being themselves.

Drawn from hours of unheard interviews from the band’s own archives, alongside rarely heard music and performances, Rolling with The Stones offers the ultimate presentation of one of the defining stories of the last hundred years, told intimately and revealingly by the people who wrote it.