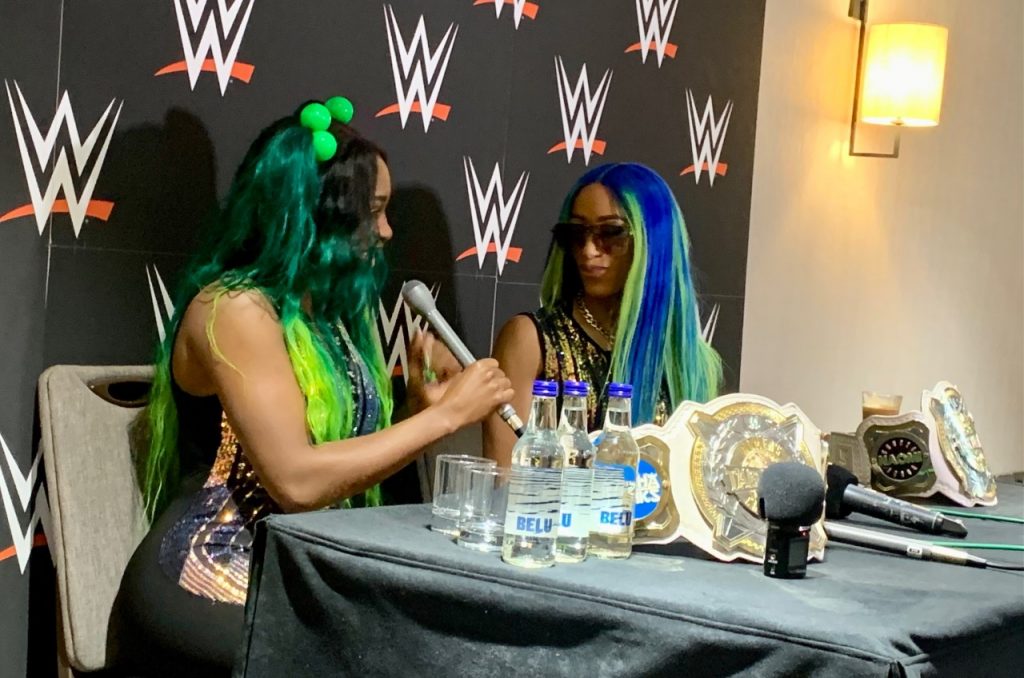 As an assemble of WWE superstars once again descended upon the UK, Advanced-Television took part in a press conference with WWE Women’s Tag Team Champions Sasha Banks and Naomi ahead of their participation of a live show at The O2 Arena on April 29th.

Before news broke of the upcoming UK stadium show being branded Clash at The Castle, the duo were quizzed on their anticipation of the spectacle.

“I’d like to have a stadium show everywhere, I love travelling the world, but to hear that we’re coming to Cardiff – and we haven’t [done a stadium show here] in like over 30 years – that is so exciting. I can’t believe we’re having multiple, like, for me, mini WrestleManias, it feels like,” commented Banks. “From Saudi to Cardiff, it feels like WWE just keeps growing and getting bigger so, I’ll be honest, I can’t wait for the show.”

“I think it’s always exciting to be a part of ‘the first’ [time] to do something, so hopefully I’m on that card and hopefully I’m here – that would be awesome. The UK is one of my favourite places to tour so it’s definitely exciting, and I can’t wait to see that,” added Naomi.

Meanwhile, perhaps one of the less expected headlines to emerge from the press conference was Banks’ disdain for UK food, and particularly the nation’s penchant for Nandos.

“What is the sauce called? Pee-pee sauce? [The Peri-Peri sauce], that ain’t bad […] but overall, the UK food y’all, no no no. I’m gonna find an Asian restaurant because it’s tastier. For UK food, y’all need to bring some seasoning from the Caribbean, from the States… all you have is salt and pepper!” she added.

When the propostion of a Greggs sausage roll was suggested to Banks, she vowed to check out the endorsement when she returns to the UK for Clash at The Castle in September.