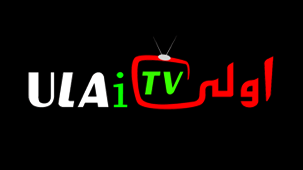 The International Broadcaster Coalition Against Piracy (IBCAP) has confirmed that the United States District Court for the Middle District of Florida entered a Final Judgment for $600,000 in a case filed by IBCAP member DISH Network against Gaby Fraifer, the individual responsible for operating and selling an Arabic-language infringing streaming service marketed under the name UlaiTV, and two companies he controlled.

The Court also entered an injunction prohibiting Fraifer, his companies, their agents and others acting or participating with any of them, from publicly performing in the United States any works that air on certain Arabic-language channels.

After a multi-day trial and prior to the recent award of $600,000 in damages, the Court had entered a memorandum of decision in which it awarded recovery of attorneys’ fees and costs – which are in excess of $700,000 – likely making the total award against Fraifer more than $1.3 million.

The Court found that Fraifer and his companies infringed IBCAP member copyrights in two ways: (1) they operated content delivery networks (CDNs) to transmit IBCAP member content to set-top boxes for viewing by end users; and (2) they used encoders to push that protected content onto their CDNs.  The Court concluded that there was no question that the defendants acted wilfully and improperly.

Since the filing of the lawsuit, the UlaiTV service has ceased providing service and is no longer streaming any video content.

“IBCAP is pleased to see that federal courts will not tolerate copyright infringement and will not only shut down illegal streaming, but will also award statutory damages, attorneys’ fees and costs to those who have been harmed,” said Chris Kuelling, executive director of IBCAP. “This ruling sends a clear message that operators of pirate services will continue to be identified, pursued and held accountable for their illegal actions.”