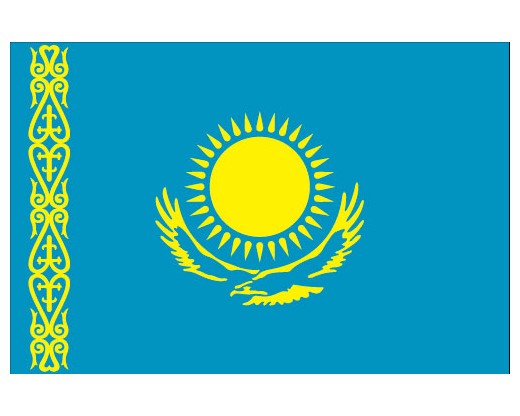 SES has worked with Kazakhstan’s Kcell for cellular connectivity with O3b’s satellites. The pair say they have successfully demonstrated satellite-enabled cellular networks in remote parts of Kazakhstan. Kcell’s terrestrial network was paired with SES’s O3b satellites operating in medium earth orbit (MEO) to establish and test connectivity for 3G and 4G applications.

During the demonstration, SES say its satellite network was validated with a series of technical and end-user tests, proving its compatibility with Kcell’s network to enable low-latency and high-speed internet.

The technical phase of the demonstration examined potential signal delays caused by weather conditions as well as the handover process between the O3b satellites. The established network was further assessed for quality of experience in the end-user testing phase.

The tests were concluded with the following results:

• The bandwidth has been established according to Kcell’s throughput requirements at 50 Mb/s for 4G application and 30 Mb/s for 3G application.

• SES’s MEO satellite network handover performed without any delays or impact on the signal.

• It was noted that latency was five times lower than on the existing geostationary platform.

• The cellular network has been successfully leveraged for applications such as video streaming, video calling and conferencing as well as web browsing, meeting requirements for reliable use.

“We are extremely proud to partner for this demonstration with Kcell, a leading company that shares the same passion for connectivity as we do,” said Sandeep Jalan, CFO at SES. “This demonstration underscores what two like-minded companies can achieve together, and we are delighted to see the results proving how our medium earth orbit satellite technology can empower MNOs like Kcell to further enable and expand their network capabilities in Kazakhstan.”

“Having been present in Kazakhstan for 24 years providing high-quality mobile communication services to the citizens, we always look for new ways to improve our connectivity services and diversify our networks,” added Kirill Strashenko, Acting CTO at Kcell. “While working with SES on this demonstration, we had the pleasure to be one of the first mobile operators in the country to test their O3b satellite communications network capabilities and see the advantages.”

In November 2021, SES, together with the Republican Center for Space Communications (RCSC), a subsidiary of the Ministry of Digital Development, Innovations and Aerospace Industry, and AsiaNetCom, a Kazakhstan-based connectivity provider, organized a MEO demonstration in remote parts of Kazakhstan to connect multiple villages with high-speed Wi-Fi networks for the first time. During the trial, record-breaking speeds via satellite have been recorded (380Mb/s downlink and 120Mb/s uplink) proving SES’s capabilities to bridge the digital divide in the country.