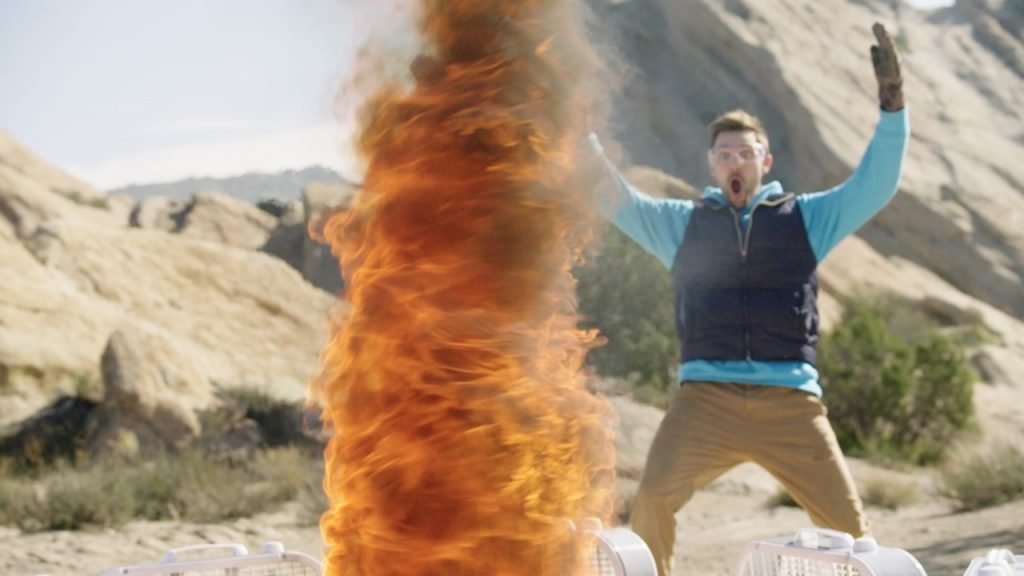 Oddly Satisfying Science (OSS), a 10-episode series debuting later this year, features top social influencers known for science, technology, engineering and math (STEM).  Host Nick Uhas, a familiar face to fans of CBS’ Big Brother among other unscripted shows – and an accomplished chemist and science influencer with nearly eight million combined Instagram and TikTok followers – describes OSS as “a singular mission to find the coolest experiments the world has to offer.” In each episode, Uhas and guests will uncover the science behind a variety of exciting and engaging experiments, showing viewers such phenomena as fire tornadoes, DIY mind-control and even the secrets of ancient alchemy, providing unexpected viral moments and memorable imagery designed to captivate viewers on any screen.

“Oddly Satisfying Science enables us to expand our creative and collaborative relationship with Curiosity into original programming and to continue to build HMPG’s reach into all areas of digital and television entertainment by working with innovative executives, producers and talent,” said Angelica Rosas McDaniel, HMPG executive vice president and general manager, entertainment.

“Nick and the team have brought together an amazing group of dynamic young scientists and let them loose, to do all the fun stuff they never got to do in science class,” added John Cavanagh, Executive Producer for Curiosity. “The mind tricks, magnetics and crazy chemical reactions look like magic… but it’s science, powered by the desire to really understand our world. Plus – we get to blow stuff up!”

During the past few years, Curiosity has carried five HMPG series including Ocean Mysteries with Jeff Corwin, Rock The Park and the acclaimed, STEM-focused, CBS Network show Mission Unstoppable. OSS marks the first original programme developed through the partnership.