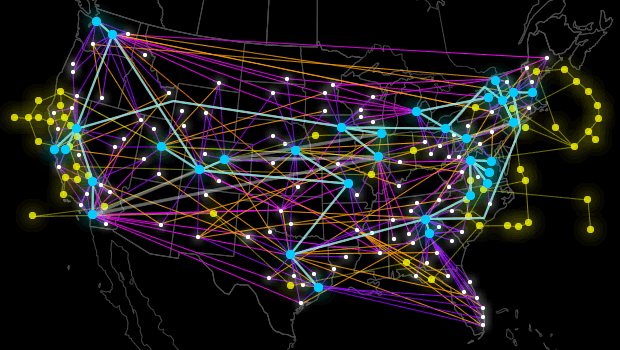 Findings from a study of the US broadband market by trade body ACA Connects, which represents smaller and medium-sized, independent triple-play companies, suggest the vast majority of Americans now enjoy the fruits of robust broadband competition, and the competitive market will further expand and intensify in the next several years.

ACA Connects President and CEO Grant Spellmeyer underscored the importance of the study’s findings and conclusions: “After decades of investment by multiple fixed broadband providers in every local market – amounting to well over $1 trillion during that time – the vast majority of American consumers now have a choice of broadband providers offering robust, reliable, fixed broadband service. And the reach and intensity of competition will only increase as broadband providers continue to invest many tens of billions of dollars annually,” said Spellmeyer.

The study also shows that by 2025, 74 per cent of all households will have access to at least two broadband providers both offering 100/20+ service.

However, these projections, which are based solely on historic data, are conservative, given the announced plans of major incumbent telecommunications providers to dramatically accelerate the pace of their investments in fibre-to-the-premises (FTTP ) infrastructure over the next five years. Taking these already-announced plans into account, the study projects that approximately 84 per cent of all households will have access to at least two providers offering 100/20+ service by end-of-year 2025.

ACA Connects’ analysis of the Federal Communications Commission’s deployment data shows that in a mere six years — from 2014 to 2020 — the percentage of US households with access to at least one broadband provider offering 100/20+ service and at least one additional provider offering 25/3+ Mbps broadband service more than doubled — from 32 per cent to 84 per cent.

In that same timespan, the percentage of households with access to two providers offering speeds of 100/20+ Mbps increased more than three-fold, from 17 per cent to 58 per cent.

Spellmeyer explained that the study’s findings demonstrate that policymakers made the right call in allowing market forces to advance deployment to the maximum extent possible and then, in economically challenging areas, providing government funding to ensure service is available service.

“The federal government has established a two-prong approach for bringing fast and reliable fixed broadband service to all Americans: enable and encourage entry and competition in a light-touch regulatory environment; and, where the economics are too challenging, subsidise and regulate the provision of service,” he advised. “After two decades, the results are now in. We have developed in the United States a broadband infrastructure that is robust, reliable, and competitive because of the combined efforts of the private and public sectors. Working together, the two sectors are making great strides in closing the broadband availability and adoption gaps that remain.”

The study additionally demonstrates that for households where multiple providers may not be present, a significant share is already served, or soon will be, by a provider receiving deployment subsidies that subject the provider’s rates, terms, and conditions to government oversight.

Nearly 7 per cent of US households fall into this category today, and that percentage will increase significantly over the next few years as states begin to distribute funds provided under the Broadband Equity Access and Deployment (BEAD) programme and various broadband programs funded by federal stimulus laws continue to gain traction.

ACA Connects’ study shows that broadband competition is already widespread and will continue to strengthen, thus benefiting consumers and eliminating any need to impose regulations restricting providers’ prices, terms, and conditions, which would cause harm without any gain.

“Given that competition is widespread and thriving, and government has already ample regulatory authority to protect consumers where competition is lacking, there is no justification to impose additional heavy-hand common-carrier-style regulation on fixed broadband providers as a whole,” stated Spellmeyer. “Doing so would yield few, if any, tangible benefits but would discourage entry, investment, and innovation, to the detriment of consumers. However, even if new regulation were to be imposed on larger providers, there is a strong case for exempting smaller providers from any such regulation.”

ACA Connects suggests that if the government applied common-carrier-style regulation only to larger providers, regulatory pressure would still be placed on smaller providers to the extent that they serve an area that is also served by a larger provider and thus would have to compete for customers with the larger regulated provider.

Approximately 97 per cent of US households are in areas served by at least one larger broadband provider. Furthermore, many of the remaining 3 per cent of households are located in areas where there are at least two smaller providers already offering service at 100/20+ (and are thus already protected by competition) or in areas where there is currently a provider of broadband service receiving FCC high-cost subsidy support (that is already subject to regulatory oversight because it is subsid ed). Thus, the share of households that would potentially benefit from extending additional regulation to smaller providers is exceedingly small and will only decrease.

“Smaller providers, many of which are family businesses, cooperatives, or municipal entities, simply do not have the financial sophistication and administrative capability to comply with a complex set of new regulatory requirements and procedures without incurring significant additional costs,” noted Spellmeyer. “Customers of these firms will ultimately bear a substantial fraction of these cost increases. Because of the tremendous costs it would impose, relying on common carrier regulation should be seen as a last, not first, resort, especially for smaller providers. If you look at the facts about competition and existing regulation, it is time to take common-carrier-style regulation for broadband service off the table.”