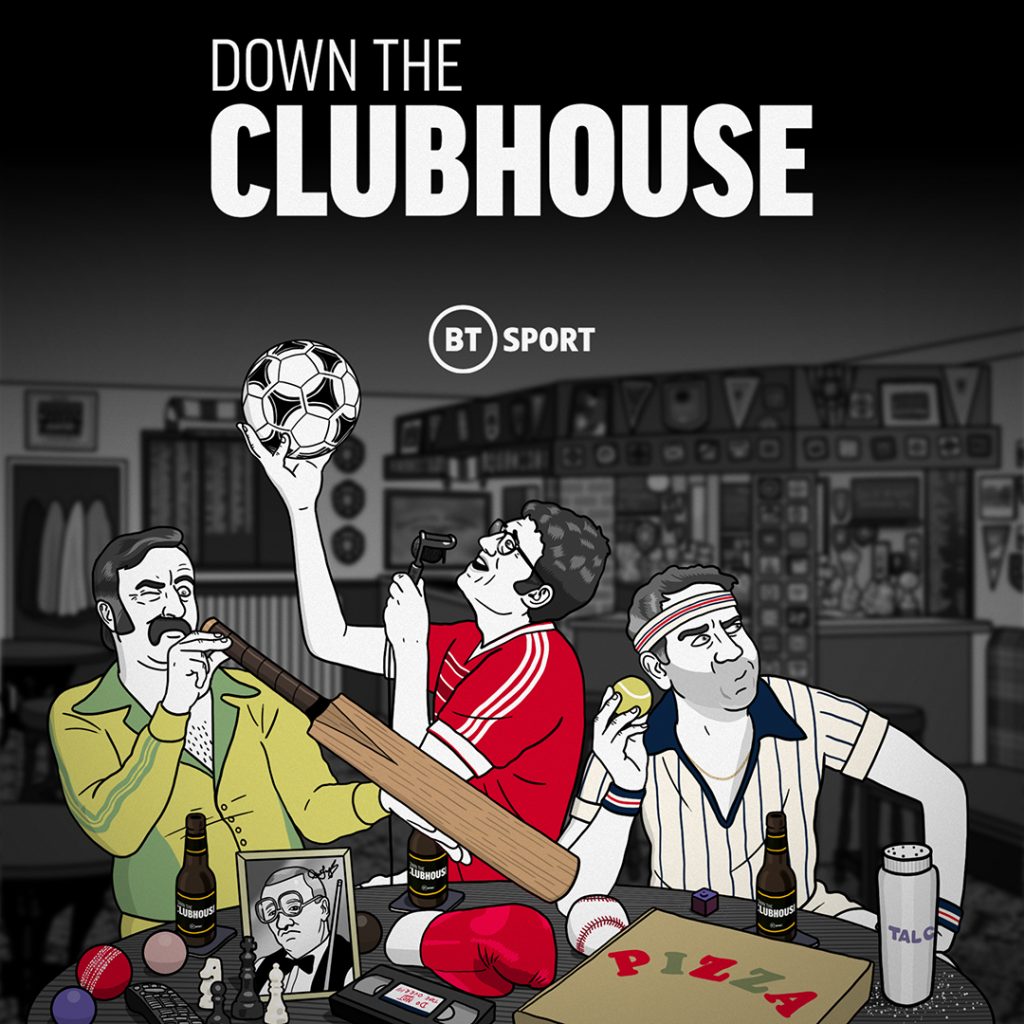 BT Sport will premiere the first episode of new sports debate series, Down The Clubhouse, on July 31st on BT Sport 1 – with all eight episodes available from that date via the BT Sport app.

Down The Clubhouse is described as an entertaining journey through the history of sport’s forgotten, rarely seen, iconic and debated moments. Led by the presenters behind The Socially Distant Sports Bar podcast – the popular show formed in response to the lack of live sport during the pandemic – Elis James, Mike Bubbins and Steff Garrero will explore stories, personalities and moments from sport’s past.

In each show the three presenters focus on a particular theme such as rivalries, controversies and shocks. Every Sunday evening a new episode will be broadcast on BT Sport 1.

Episode 1 – Shocks: the team pick their favourite sporting upsets
Episode 2 – Controversies: cheating and controversial moments from a range of sports
Episode 3 – Last-Gasp: last-minute winners and intense final laps
Episode 4 – Commentators: favourite moments involving those behind the microphones
Episode 5 – Youth & Vintage: the amazing achievements of athletes young and old
Episode 6 – Mavericks: individuals who have changed the face of their sports
Episode 7 – Rivalries: some of the most fierce and interesting rivalries across sport
Episode 8 – Heartbreak: the most crushing moments in sport

Among the moments the show re-lives and discusses are:

Sally Brown, executive producer of BT Sport Films, said: “Continuing the style of The Socially Distant Sports Bar podcast, the three presenters in Down The Clubhouse embark on many wonderful unscripted tangents, providing a joyful romp through some of the most iconic moments and personalities from the world of sport. For example, a discussion around the Borg v McEnroe rivalry of the late 1970s and early 1980s naturally leads to talk on whether it is a good idea to talc your feet, and conversation about long-distance running takes a tangential shift to a debate about whether it is faster to run on a beach or in a supermarket. BT Sport customers are in for a treat with Down The Clubhouse.”

Garrero added: “From the first meeting we had with BT Sport, we knew that they understood what we do on The Socially Distant Sports Bar and they wanted to help us translate it to TV. No one has ever had a linear conversation about sports in real life – you go off on tangents and make each other laugh.”