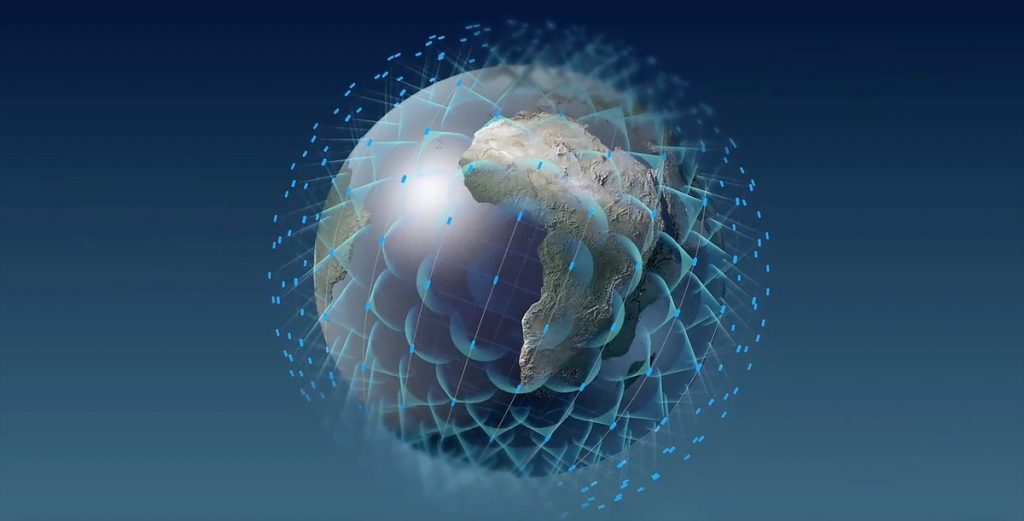 As widely anticipated, Paris-based satellite operator Eutelsat is to merge with London-based constellation operator OneWeb. A MoU was signed on July 25th.

A statement from the pair said: “The combined company will create a new global leader in the Space industry – securing the future of OneWeb and ensuring it can remove the barriers to connectivity further and faster across the world. This deal is bold and will transform satellite communications. We will accelerate our growth and offer an unrivalled hybrid GEO/LEO proposition that our customers want: combining Eutelsat’s GEO satellites with our unique LEO constellation, spectrum priority and market access.”

The transaction would be structured as an exchange of OneWeb shares by its shareholders (other than Eutelsat) with new shares issued by Eutelsat, such that, at closing, Eutelsat would own 100 per cent of OneWeb (excluding the ‘Special Share’ of the UK Government). OneWeb shareholders would receive 230 million newly issued Eutelsat shares representing 50 per cent of the enlarged share capital.

The combined entity would have revenues of circa €1.2 billion and EBITDA of circa €0.7 billion in FY22-23. Revenues are forecast to grow at low double-digit CAGR over the next decade. The combination of Eutelsat with OneWeb is forecast to generate substantial value: Average annual revenue synergies are estimated at circa €150 million after four years, with hybrid GEO/LEO offerings providing a premium service to customers as well as improving the fill rate. Synergies from joining organisational forces are expected to generate annual run-rate savings of over €80 million pre-tax after five years, mostly through cost duplication avoidance.

The transaction will also be conditional on approval by Eutelsat’s shareholders at an Extraordinary General Meeting of Eutelsat, to take place by end of first half 2023. Bpifrance and Fonds Stratégique de Participations have undertaken to vote in favour of the transaction-related resolutions at this EGM, subject to usual conditions. The agreement is expected to wrap by the end of 1H/2023.

The UK government in its statement said: “The merger is positive news for UK taxpayers: having made a $500 million investment in OneWeb two years ago, the UK Government will now have a significant stake in what will become a single, powerful, global space company, working on the sound financial footing needed to make the most of the technological advantages it has to compete in the highly-competitive global satellite industry, against companies around the world. The UK Government will retain the special share and its exclusive rights over OneWeb – securing the company’s future at the centre of the combined group’s global LEO business, national security controls over the network, and first-preference rights over domestic industrial opportunities.”