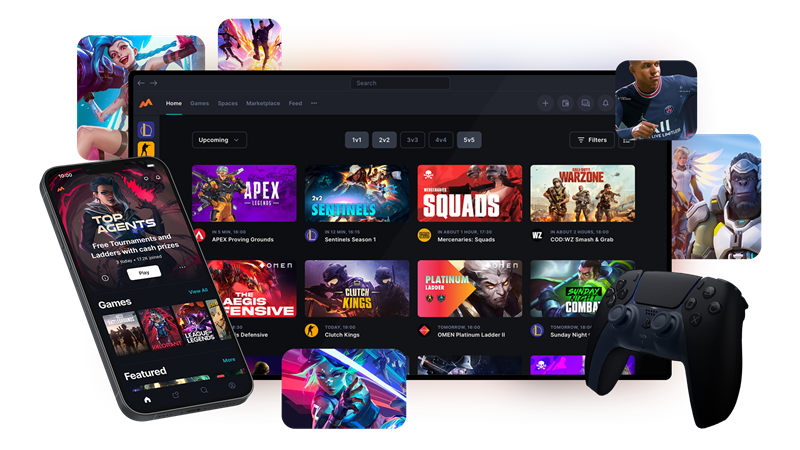 Global eSports platform Challengermode has announced the launch of its mobile app for the eSports space. The app will connect billions of gamers worldwide across PC, console and mobile with the grassroots esports scene through over 80 titles on the platform, and give game developers the chance to put their games in the hands of more players.

The app is an extension of the Challengermode platform which puts all Challengermode tournaments, ladders and events at gamer’s fingertips, where they can browse, sign-up for and check-in to competitions. It also provides gamers the opportunity to chat with friends or teammates while on the go, and get instant notifications from their friends, competitions or Challengermode Spaces.

The app augments Challengermode’s capacity as a centralised infrastructure for all stakeholders in the eSports industry, allowing brands, organisers and game developers to become a part of gamers’ everyday life.

Robel Efrem, co-founder and CEO of Challengermode, said: “The launch of the Challengermode mobile app is a big leap forward on our mission of making esports truly accessible to everyone, everywhere by allowing gamers to interact with their eSports activities anywhere at any time. Unlike most eSports apps in the space, the Challengermode app offers a truly seamless competitive experience for competitive gaming across mobile, console and PC – and is a vital component in the eSports’ industry’s future, linking the world’s 3.1 billion gamers to the rapidly growing grassroots esports movement. The app also creates a new way for game developers to bring their games to a global audience quickly and easily, thanks to Challengermode’s eSports tech and game developer API.”