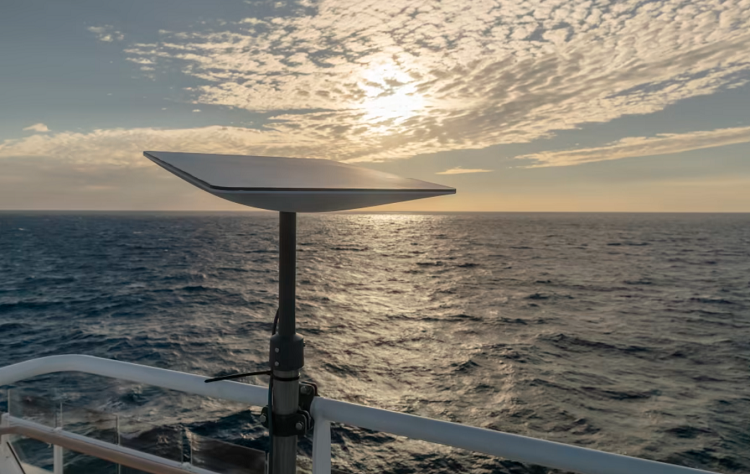 Hurtigruten Expeditions, the Norwegian cruise operator,  has added SpaceX’s Starlink terminals and equipment to its fleet. Oslo-based Hurtigruten says it has been working with facilities company Speedcast since March to test and now integrate Starlink broadband connections.

Hurtigruten specialises in Scandinavian and Arctic sailings, and says the fitting of equipment will wrap by the end of October. Users will also seamlessly be switched between geostationary satellites and 4G/5G services when close to the shore.

Speedcast CEO, Joe Spytek, said: “Speedcast’s expertise lies in our ability to combine all available connectivity paths and manage a complete service that offers the highest levels of uptime, availability, and performance.”

The Geo links are needed to provide ‘gap filler’ connectivity when the ships are in very high latitudes in the Arctic where Starlink either does not reach or has not yet fulfilled its fleet coverage plans.

Hurtigruten Expeditions offers free internet connectivity not only for guests, but also for all crew members.

“When Starlink introduces maritime coverage in Antarctica and the Arctic, we will be ready,” said Asta Lassesen, CEO of Hurtigruten Expeditions. “The introduction of new technology makes it easier for everyone onboard to remain connected with friends, family and loved ones, no matter where they are. We’re leading by example and challenge all cruise lines to make internet free for crew members.”

Three of Hurtigruten Expeditions’ vessels will operate in Antarctica this season, introducing Starlink to Antarctic waters. The new LEO service is slated to add Antarctic maritime coverage in Q4 2022.