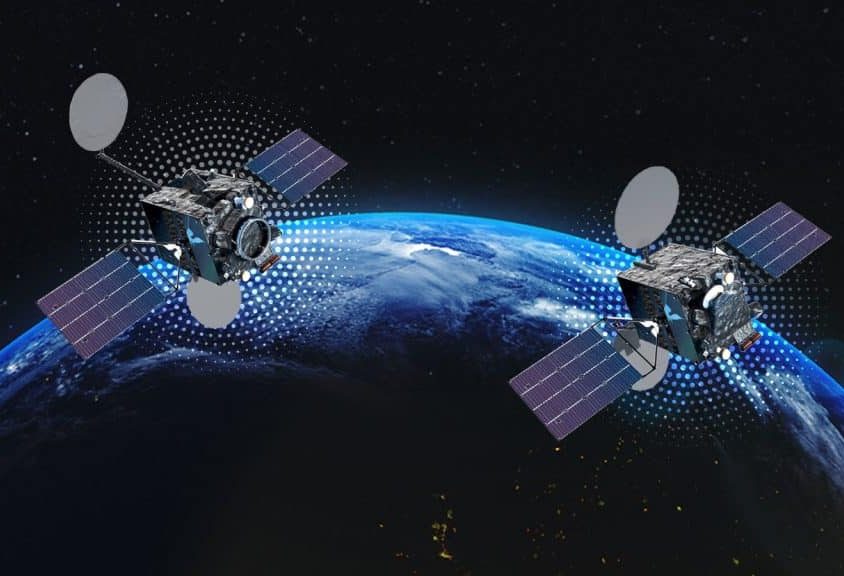 Bad weather from Storm Nicole in Florida caused a delay to the launch by SpaceX of two Intelsat Galaxy satellites. The launch is rescheduled for November 12th, but again wholly dependent on the weather.

Intelsat’s Galaxy 31 and 32 are the passengers aboard a SpaceX Falcon 9 rocket. SpaceX has the rocket protected in a hanger prior to re-establishing it on Launch Complex-40 at Cape Canaveral.

The two satellites are the next in Intelsat’s comprehensive Galaxy fleet refresh plan, a new generation of technology that will provide Intelsat Media customers in North America with high-performance media distribution capabilities and serving cable operators and their head-ends.

Galaxy 31 and Galaxy 32 are also critical to Intelsat’s US C-band clearing strategy which helps pave the way for 5G’s rollout in the US.

Built by Maxar Technologies, Galaxy 31 and Galaxy 32 will eventually be positioned in geostationary orbit to provide C-band video and television broadcast services in the US.

The Falcon 9’s first stage booster will be expended on this mission and – unusually – not be landed on the floating barge. Instead, the Falcon’s first stage will splash down in the Pacific Ocean and not be recovered.

This mission will be the 185th Falcon 9 launch, and the 48th re-flight of the first stage booster this year. Another SpaceX record expected to be broken is that this flight is the 52nd launch this year for Elon Musk’s rocket company.